A pedestrian wearing a protective mask walks in front of a temporarily closed Starbucks coffee shop in Brooklyn, New York, on Monday, April 27, 2020.

Starbucks — The coffee chain’s stock rose 2.8% after Starbucks CEO Kevin Johnson said that 85% of its U.S. stores would be open by the end of the week. The stores will have modified hours and operations. The company also sold $3 billion of new bonds on Monday.

Chevron – Shares of the oil giant jumped more than 3% on the heels of a 17% surge in the price of West Texas Intermediate, the U.S. oil benchmark. Occidental Petroleum and National Oilwell were among the other gainers in the sector, with each rising more than 3%, while Baker Hughes, Kinder Morgan and ConocoPhillips all traded more than 2% higher.

Disney — Disney shares rose 0.8% ahead of earnings despite being downgraded from neutral to sell by LightShed Partners’ Richard Greenfield. The stock has been downgraded by several Wall Street analysts recently as the economic restrictions from the coronavirus pandemic hit several of Disney’s business lines. The company is set to report earnings for its fiscal second quarter after the bell.

DraftKings — DraftKings shares rose more than 2% after an analyst at Canaccord initiated the stock with a buy rating. The analyst said the company will greatly benefit from the proliferation of online and fantasy sports.

Harley-Davidson — Argus Research upgraded Harley-Davidson to buy from hold, sending the stock up 5%. The upgrade reflects “our positive view of the company’s new strategic plan,” the analyst said, adding it could “result in a solid recovery for Harley as the economy restarts.”

Alphabet — Alphabet shares gained 2.7% after an analyst at Deutsche Bank hiked his price target on the tech giant to $1,700 per share from $1,625 per share. The new price target represents an upside of 28.5% from Monday’s close of $1,322.90. “We think investors underestimate how disciplined the company can be on costs, both pre-COVID and coming out of COVID, under new leadership,” the analyst said.

Hertz Global — Hertz shares dropped more than 14% after The Wall Street Journal reported the car-rental company hired FTI Consulting to advise it as it prepares to file for bankruptcy.

U.S. Foods Holding — Shares of the food distributor dropped 7.8% on the back of weaker-than-forecast earnings for the first quarter. U.S. Foods reported an adjusted profit of 15 cents per share, missing a FactSet estimate of 22 cents per share. The company also withdrew its guidance for fiscal 2020.

Mallinckrodt — Shares of the pharmaceutical manufacturer tanked more than 12% following on the back of its quarterly results. The company reported revenue of $665.8 million, well below the $688.3 million expected by analysts, according to Refinitiv. Mallinckrodt said the next few quarters will be “challenging” due to the impact of Covid-19.

Bloomin’ Brands — Preliminary results for the first quarter sent Bloomin’ Brands shares tumbling by nearly 10%  as comparable-store sales for brands such as Outback and Fleming’s fell more than 10%. The company posted adjusted earnings per share of 14 cents. That’s below a FactSet estimate of 33 cents a share. In the year-earlier period, the company posted a profit of 75 cents per share.

Skyworks Solutions — Skyworks Solutions climbed more than 5% on the back of fiscal second-quarter numbers that beat analyst estimates. The Apple supplier reported a profit of $1.34 per share, topping a FactSet forecast of $1.33 per share. Revenues were also better than expected at $766.1 million.

Mosaic — Shares of the phosphate miner rallied nearly 11% after the company posted a smaller-than-forecast loss for the first quarter and revenue that topped analyst expectations. Mosaic also said there hasn’t been a material impact to its operating facilities or supply chain due to the coronavirus.

Tue May 5 , 2020
FILE PHOTO: A Microsoft logo is seen next to a cloud in Los Angeles, California, U.S. on June 14, 2016. REUTERS/Lucy Nicholson WARSAW (Reuters) – Microsoft will invest $1 billion in Poland as part of a plan that will involve opening a data centre in the country to provide cloud […] 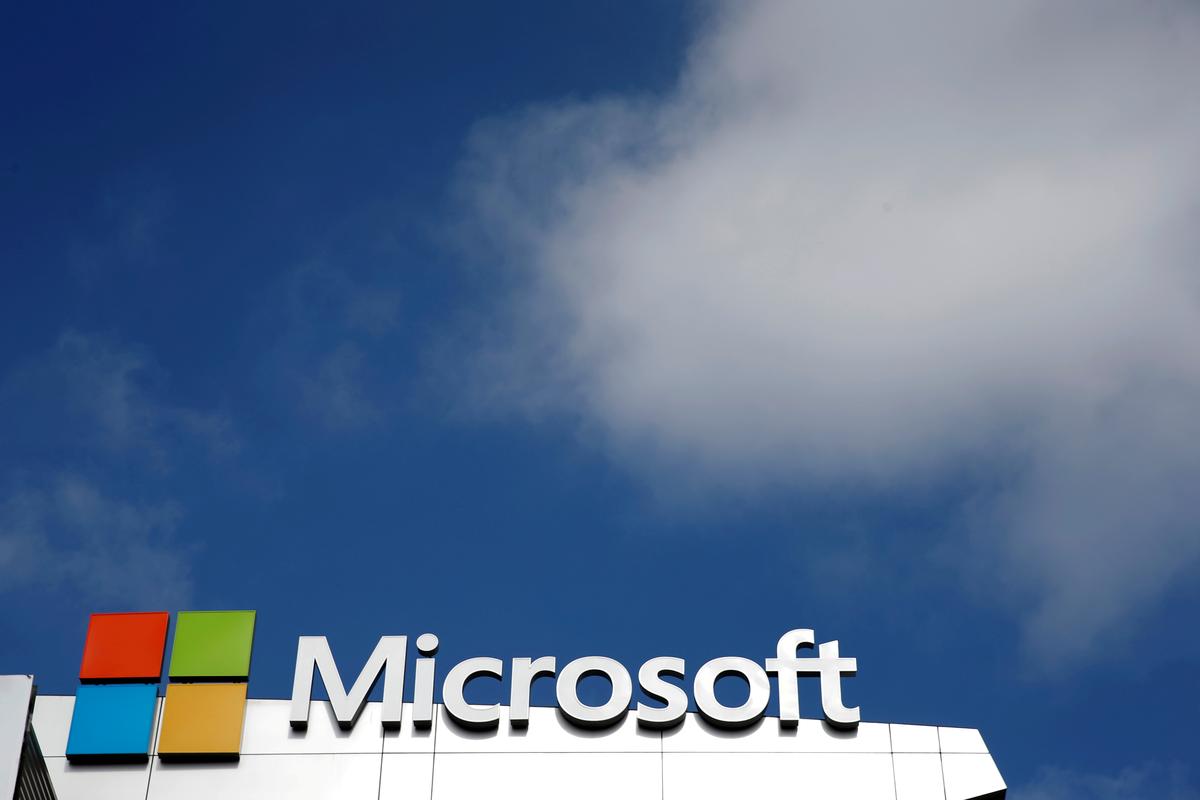