(Reuters) – Taiwan Semiconductor Manufacturing Co Ltd (2330.TW), the biggest contract chipmaker, said it plans to build a $12 billion factory in Arizona in an apparent win for the Trump administration’s efforts to wrestle global tech supply chains back from China.

The plan, which will create over 1,600 jobs, comes as U.S. President Donald Trump steps up criticism of Chinese trade practices and Beijing’s handling of the novel coronavirus ahead of the Nov. 3 U.S. presidential election.

Trump has long pledged to bring manufacturing back from overseas and now a steep economic slump brought on by the coronavirus is driving a government-wide push to end U.S. production and supply chain dependency on China.

U.S. Secretary of Commerce Wilbur Ross touted the deal as “another indication that President Trump’s policy agenda has led to a renaissance in American manufacturing.”

TSMC is a major supplier to U.S. tech giants such as Apple Inc (AAPL.O) and Qualcomm Inc (QCOM.O), as well as Chinese firms like Huawei Technologies [HWT.UL], which Washington has put on a trade blacklist.

“This project is of critical, strategic importance to a vibrant and competitive U.S. semiconductor ecosystem that enables leading U.S. companies to fabricate their cutting-edge semiconductor products within the United States,” TSMC said.

While huge in terms of foreign investment in the United States, the plan is small by TSMC’s standards. For 2020, TSMC’s capex plan is $15-$16 billion.

The Taiwanese chipmaker said the plan was to build the plant over nine years.

“The budget… suggests the eventual scale won’t be big,” Bernstein analysts said in a note, adding revenue contribution from the plant will stay at around 3%-4%.

“The scale and technology is similar to what TSMC did in China, suggesting a balance between the US & China.”

A U.S. Commerce Department official said TSMC’s decision to locate the plant in the United States generated “good will” at the department, the drafter of a law that would, if implemented, severely restrict TSMC chip sales to Huawei.

“While it is hard to be certain, we believe that TSMC announcing a U.S. Fab could remove the threat of further Huawei restrictions in the very near-term at least,” JP Morgan analysts said in a note.

Shares of TSMC, the world’s most valuable semiconductor company with a market capitalisation of about $255 billion, exceeding Intel Corp’s (INTC.O), closed up 1.7% on Friday, outperforming a 0.3% gain in the main Taiwan stock market .TWII.

The plant, the biggest foreign investment by TSMC, will produce the most sophisticated 5 nanometer chips, which can be used in high-end defense and communications devices.

TSMC manufactures the bulk of its chips in Taiwan and has older chip facilities in China and Washington state.

Its chips power Apple’s iPhones and the iPhone maker works closely with TSMC to become the first to take advantage of new advances in its chip-making processes.

U.S. Secretary of State Mike Pompeo said chips from the new TSMC plant will power everything from artificial intelligence to 5G base stations to F-35 fighter jets.

Semiconductors play a key role in both consumer electronics and defense equipment. The vast majority of the most advanced chips are made in Asia, which has caused concern among U.S. officials as a strategic rivalry with China deepens over the origins of the deadly coronavirus.

While Intel has major manufacturing operations in the United States, it supplies only its own chips rather than making them for outside customers.

The Trump administration has been in talks with both Intel and TSMC to build a plant in the United States, and Intel said last week it was in discussions with the Department of Defense about improving domestic sources for microelectronics and related technology.

The TSMC announcement is not expected to derail the Pentagon’s efforts to bolster the supply chain for microprocessors, despite the Commerce Department’s working on the TSMC deal independently, a person familiar with the matter said.

TSMC said that construction of the Arizona facility would begin in 2021 with production targeted to begin in 2024, and that it would be able to process up to 20,000 silicon wafers per month. Each wafer can contain thousands of individual chips. The investment will be made from 2021 to 2029.

Fri May 15 , 2020
(Reuters) – Businesses are urging U.S. lawmakers to shield companies from what they fear could be a flood of lawsuits by workers and consumers blaming employers for exposing them to the new coronavirus. FILE PHOTO: David Vladeck, chair in civil procedure at the Georgetown University Law Center, testifies remotely during […] 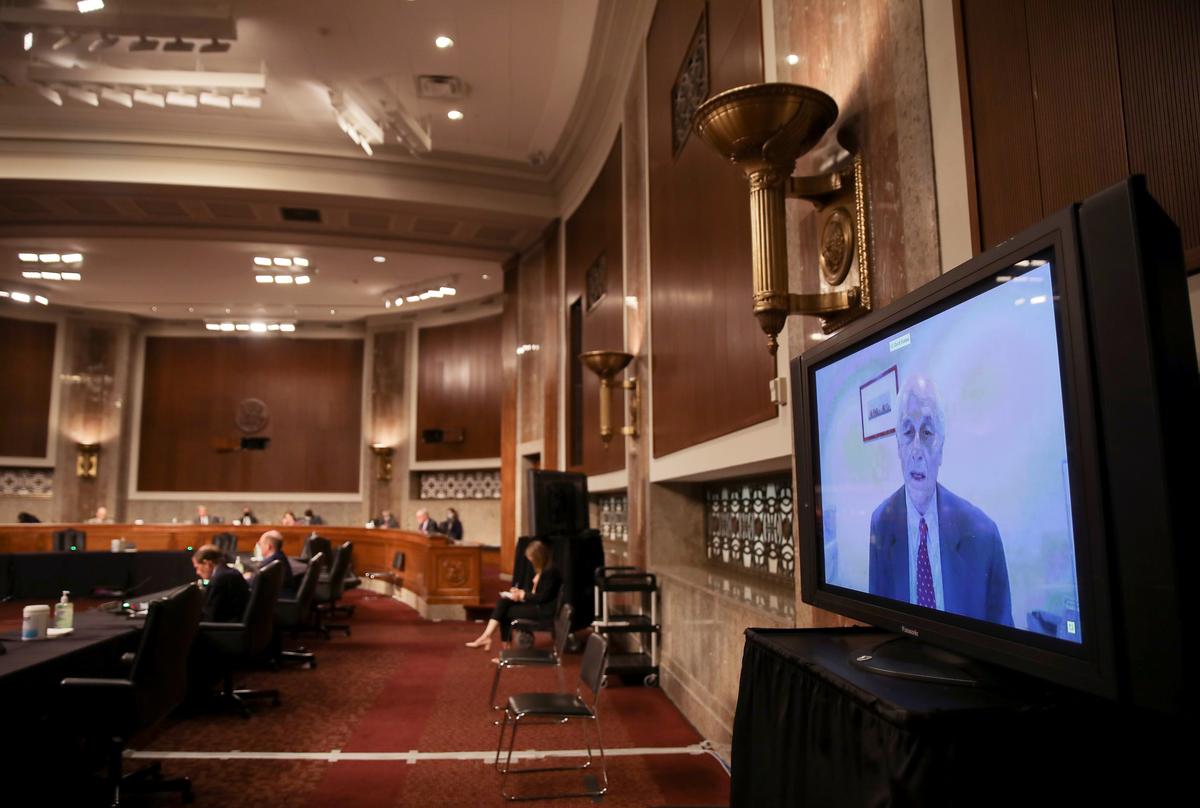