The logos for Facebook, Amazon, Netflix and Google, on smartphone and tablet devices

Tech deals plummeted during the height of the global pandemic. But that’s likely to reverse in the coming months, driven by major tech companies, according to new analysis from Bain & Co.

Technology mergers and acquisitions fell 68% in March, compared to the same month a year ago, according to new research from Bain being published Monday. In the first quarter, deal activity was down 43% as the Covid-19 pandemic rattled credit markets and shifted executives’ focus away from deal-making.

“Deals in March largely dried up,” Adam Haller, partner at Bain, told CNBC in a phone interview. “We think it’s going to come back in quite a robust fashion — deal count will likely bounce back to historic levels, or above, given the opportunities.”

Mega-cap technology companies such as Apple, Facebook, Alphabet and Microsoft, are in a unique position to strike a deal in this environment, Haller said. They had large cash reserves going into the pandemic and are now presented with opportunities to buy target companies at lower premiums.

Source: Bain & Company
Haller pointed to the last recession as the likely playbook for big tech in 2020. Overall, tech M&A continued throughout the recession, with several Silicon Valley companies striking deals that boosted their growth over the next decade.

Google, for example, bought DoubleClick for $3.1 billion in 2008. That start-up contributed a bulk of the technology behind the company’s core advertising business, which made up 80% to 90% of Alphabet’s revenue last year. Another 2009 acquisition enabled Google to expand into mobile advertising. Adobe and IBM also did critical deals in 2008 and 2009, according to Bain.

“There’s a lot of dry powder out there that can be used for acquisitions, and likely a lot of opportunity for M&A in the downturn,” Haller said. “There might be some chances for opportunistic, bargain deals.”

Heading into the second half of this year, companies will likely refresh their strategy to shop for companies that fit in with “the new normal” or diversify existing business models. Haller pointed to Uber’s reported bid for Grub Hub: as Uber’s core ride-sharing business gets hit, they’re looking to bolster their position with another acquisition in the home delivery space, he said.

There have already been some high-profile tech deals in May. Cisco announced its purchase of ThousandEyes, a company whose technology helps companies monitor their network for outages. The deal was reportedly valued at $1 billion. Facebook, meanwhile, announced a $400 million deal to buy automated-picture platform, Giphy.

Bain expects to see more deals in remote IT support, automation to reduce labor reliance, cyber security, AI, and work collaboration tools. The firm also expects to see some consolidation in tech hardware, which has been disproportionately impacted by Covid-19.

Still, some in Washington might be less enthusiastic about Big Tech’s deal opportunities.

A group of lawmakers, including Sen. Elizabeth Warren, D-Mass., have called for a ban on major mergers, especially during the economic downturn caused by the pandemic. In April, House Antitrust Subcommittee Chairman David Cicilline said most mergers should be banned while the coronavirus pandemic ravages businesses across industries. Under the proposal, only mergers of businesses that have declared bankruptcy or are about to fail would be allowed during the national emergency.

“This regulatory scrutiny is real, and while we cannot say for sure whether it will result in fewer deals being approved, it will likely increase the times required to gain approval, and Tech companies need to factor that into their deal timing and integration planning,” Haller said. At the same time, there are still lots of opportunities for good deals in Tech that likely should get approved.”

Mon Jun 1 , 2020
In a sudden role reversal over in the United States, an insurer has filed a lawsuit against a policyholder over a business interruption coverage issue. US Specialty Insurance Company (USSIC) alleges that research and advisory firm Gartner is attempting to change part of its policy to recoup more than the […] 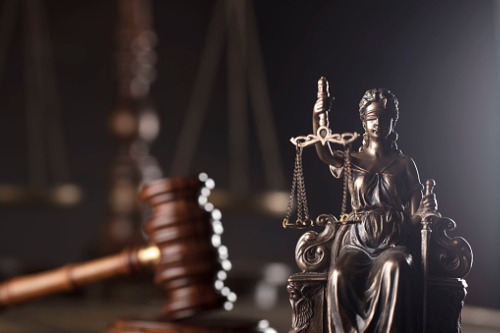