(Reuters) – Tesla Inc (TSLA.O) Chief Executive Elon Musk said in a podcast interview released on Thursday that the company’s planned Roadster sports car would take a backseat to the development of other vehicle models.

Talking with stand-up comic Joe Rogan, the billionaire also doubled down on his critique of stay-at-home orders imposed by U.S. states to curb the spread of the coronavirus.

Musk said states’ lockdown orders were “unconstitutional” and would not hold up before the U.S. Supreme Court if challenged. He previously made such remarks during Tesla’s first-quarter earnings call on April 29, calling restrictions “fascist.”

The interview marked Musk’s second appearance on Rogan’s podcast, which is videotaped and published online. Musk became infamous when he smoked a marijuana joint with Rogan during the first interview in September 2018.

When Rogan asked when he could buy a Roadster, Musk responded he could not provide a date, but said other initiatives, including a ramp-up in production of sport utility vehicle Model Y and the construction of a vehicle factory in Berlin, were priorities.

“Roadster is kind of like dessert,” Musk said. “We gotta get the meat and potatoes and greens and stuff.”

Musk also said Tesla should produce the Cybertruck, a futuristic-looking light commercial vehicle, before working on the Roadster.

Tesla announced the Roadster, a battery-powered four-seater, at the end of 2017 and at the time said the car would be faster than any street-legal production car. Musk in the past has said Roadster sales would begin after a revised version of its Model S sedan is released, which was widely expected to be at the end of 2020.

The two-hour interview focused only in short parts on the virus pandemic and Tesla’s business, with much of the discussion centering around artificial intelligence and another of Musk’s companies called Neuralink, which develops implantable brain-machine interfaces.

Musk told Rogan those devices could be implanted in people within a year, but said he would have a Neuralink implanted in himself only if it actually works.

Thu May 7 , 2020
(Reuters) – The Nasdaq .IXIC was on track to end Thursday in positive territory for 2020 after winning back the vast majority of steep losses caused in recent months by the coronavirus pandemic. FILE PHOTO: A man walks near Nasdaq MarketSite in an empty Times Square as the coronavirus disease […] 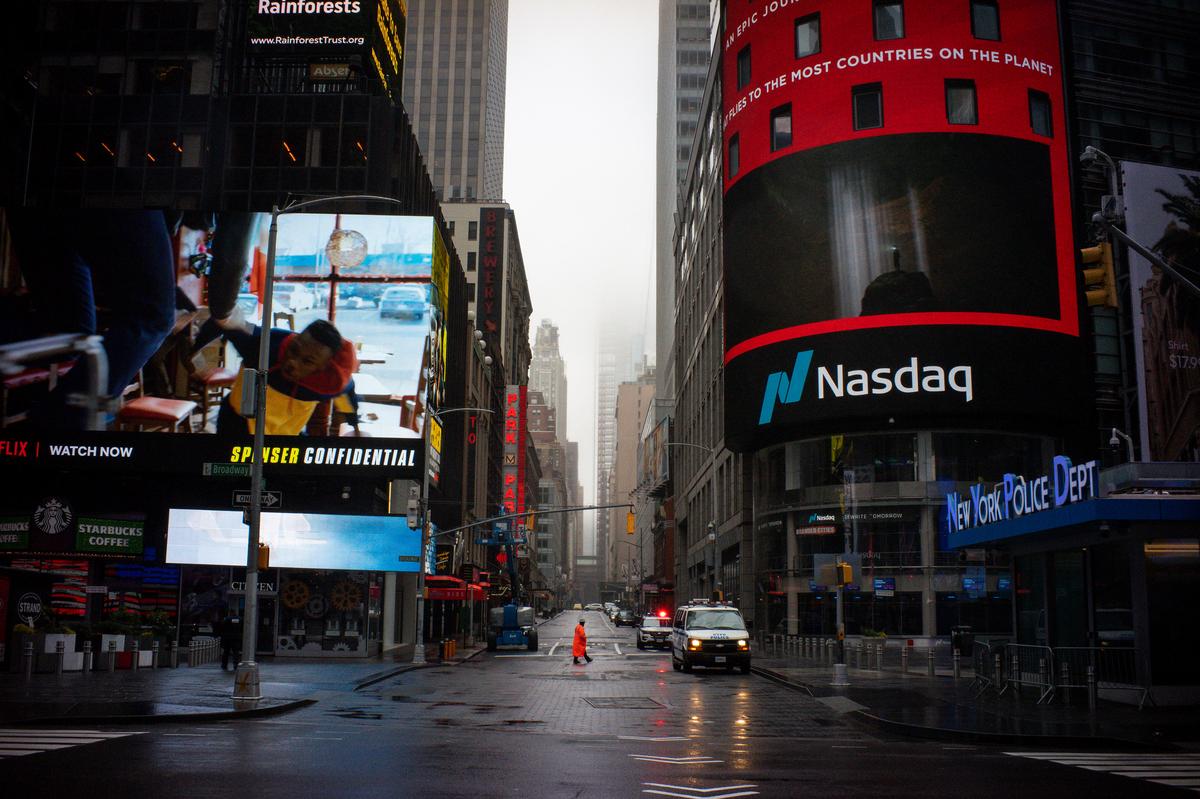