The Federal Reserve is lifting the asset cap it has imposed on Wells Fargo so the bank can participate in the government’s small business lending program.

In a move that was expected, the central bank said Wells will have to return proceeds it gets from the Payment Protection Plan and a coming Main Street lending program either back to the Treasury Department or to a nonprofit.

The Fed had imposed the restrictions following the bank’s fake account scandal in which it created millions of accounts for customers without their knowledge. Associates were under sales pressure in a program that Wells Fargo has since abandoned.

Wells Fargo is the third-largest bank in the U.S. by assets, making its participation in the lending programs critical.

Since the intensification of the coronavirus crisis, the Fed has implemented a variety of programs aimed at helping markets function and getting money to businesses and consumers.

This move with Wells came “due to the extraordinary disruptions from the coronavirus” and “temporarily and narrowly modify the growth restriction on Wells Fargo so that it can provide additional support to small businesses.”

The Main Street lending program announced earlier is geared specifically for businesses with more than 500 employees but less than larger corporations. Lifting the Wells asset cap “provides additional support to small businesses hurt by the economic effects of the coronavirus by allowing activities from the PPP and the Main Street Lending Program to not count against the cap.”

The Fed noted that Wells Fargo had not been banned from participating in any of the lending programs, but was restricted on how much it could take on its balance sheet. Wells Fargo had $1.7 trillion in consolidated assets as of the end of 2019.

The Fed also noted that the move Wednesday does not modify any of the other actions taken against Wells from the scandal.

“The Board continues to hold the company accountable for successfully addressing the widespread breakdowns that resulted in harm to consumers identified as part of that action and for completing the requirements of the agreement,” the Fed said in its statement.

Wed Apr 8 , 2020
FILE PHOTO: Shoppers clutch their Nordstrom bags as pre-Thanksgiving and Christmas holiday shopping accelerates at the King of Prussia Mall in King of Prussia, Pennsylvania, U.S. November 22, 2019. REUTERS/Mark Makela (Reuters) – Nordstrom Inc (JWN.N) has temporarily shut down its corporate headquarters in Seattle due to the spread of […] 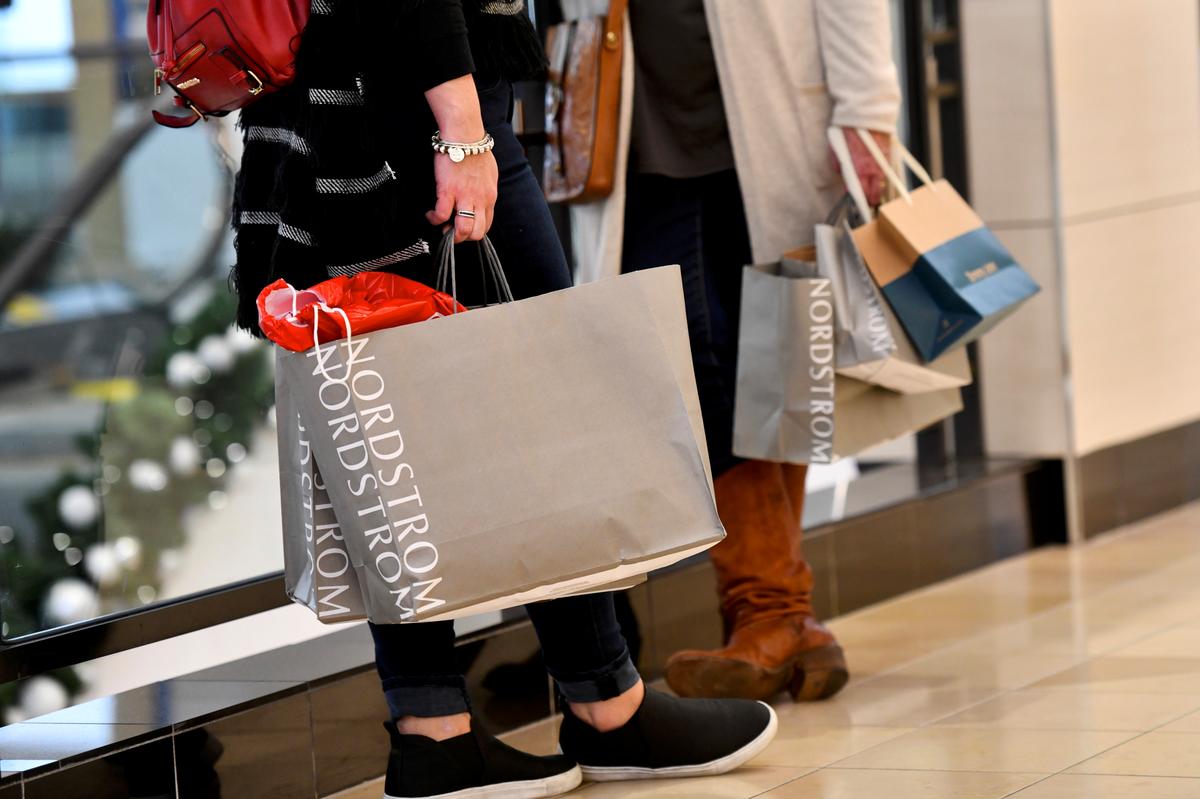