TransferWise’s annual accounts have been in the black since 2017, a rare display of sustainable growth in the fintech sector. Other start-ups in the space have reported deepening losses due to spending on new product features and overseas expansions.

Matt Briers, TransferWise’s chief financial officer, said the company prides itself on being transparent about the fees it charges on transactions. So-called neobanks like Monzo and Revolut have struggled to break even with their zero-fee checking accounts, and have looked to premium accounts as a potential avenue to reach profitability.

It’s important to note that TransferWise’s annual numbers exclude much of this year’s performance, and therefore wouldn’t truly convey the impact on its business of the coronavirus pandemic. However, Briers told CNBC that the crisis has been “financially positive” for the firm due to the shift to online services.

“When you look through all of the noise, actually what we see is more people joining TransferWise,” Briers said in an interview this week, adding that 10,000 businesses now sign up to its platform every month. “The macro shift from old world tech to new world tech has been accelerated.”

No rush to IPO

Founded in 2011, TransferWise has gained a following thanks to its slick online platform and lower foreign exchange fees than banks. The company has since expanded its offering over the years to include business accounts and multi-currency debit cards, and is now also looking to add an investments feature.

The company was valued at $5 billion in its most recent investment round, a secondary share sale, which saw investors buy equity from employees and early backers. This approach forgoes the process of seeking fresh cash and liquidity in an initial public offering, or IPO, and provides existing investors an alternative way to offload some of their holdings.

Briers said TransferWise “could list right away,” adding “the resilience and robustness of the business is probably higher than that of a public company.” But, he added: “There’s a lot of work involved in running a public company that doesn’t, at the minute, help our customers.” 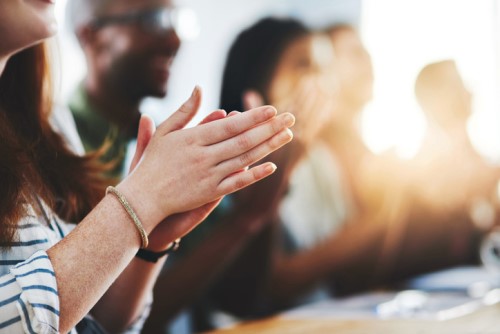