People enjoy the beach amid the coronavirus pandemic in Huntington Beach, California on June 14, 2020.

The U.S. added more than 31,000 new Covid-19 cases on Monday as the seven-day average of daily new cases continues to grow and the number of hospitalizations also increases in states like Arizona and Texas, according to a CNBC analysis of Johns Hopkins University data.

As of Monday, the nation’s seven-day average of daily new Covid-19 cases increased more than 30% compared with a week ago, according to a CNBC analysis of Johns Hopkins University data. Cases are growing by 5% or more in 26 states across the U.S., including Arizona, Texas, Florida and Montana.

Some of these states reported record-high single-day increases in coronavirus cases last week as they ramped up testing and moved forward with their phased reopening plans.

Dr. Scott Gottlieb, former commissioner of the Food and Drug Administration, said Monday that states that are seeing major spikes in new cases are heading into a “pivotal week” that could determine whether “they’re tipping over into exponential growth or not.”

Texas, Arizona and California are among the number of states mostly across the American South and West that have seen a dramatic increase in cases over the past few weeks as they started reopening their economies.

Arizona is averaging about 2,500 daily new cases as of Monday, which is about a 94% increase since one week ago.

California saw a massive jump in its daily report of positive cases on Monday, adding 6,219 new cases, according to Hopkins’ data. This new figure shattered its previous single-day record of 4,084 new confirmed cases from last Thursday, according to the California Department of Public Health.

Monday’s number reported by county health departments across the state includes some caveats as some counties report multiple-day totals after not updating their case counts over the weekend.

As of June 22, California is seeing a seven-day average of nearly 4,148 daily new cases, according to Hopkins’ data. This number has risen by more than 32% since one week ago. While Monday’s figure is a big uptick, it does not change the overall trend line as the seven-day average of daily new cases has already been on the rise forthe past two weeks.

“The problem is with exponential growth everything looks sort of OK until all of a sudden it doesn’t,” Gottlieb said on CNBC’s “Squawk Box.”

Health officials have cited that it can take anywhere from five to 12 days for people to show symptoms from the coronavirus, which could delay reporting. Each local state health department has its own methodologies for counting case numbers, causing the numbers to fluctuate based on level of testing conducted.

Coronavirus hospitalizations, like new cases and deaths, are an important measure of the outbreak as it helps health officials gauge how severe it may be.

Hospitalizations from Covid-19 were rising in 16 states as of Monday, according to a CNBC analysis of data compiled by the Covid Tracking Project.

Texas has been reporting days of record spikes in hospitalizations and daily increases in Covid-19 cases in recent weeks. As of Monday, there are 3,110 people currently hospitalized in Texas based on a seven-day moving average, which is a 43% increase compared with a week ago, according to Covid Tracking Project data.

Texas Gov. Greg Abbott said Monday that “additional measures are going to be necessary” if these metrics continue to climb at current rates into July.

“The way hospitalizations are spiking, the way that daily new cases are spiking — surely the public can understand that if those spikes continue, additional measures are going to be necessary to make sure we maintain the health and safety of the people of the state of Texas,” Abbott said in response to whether he would consider rolling back some of the state’s reopening guidelines.

Abbott has previously defended the state’s reopening plan by saying there’s “no real need to ratchet back the reopening of businesses in the state.” Texas was one of the first states to reopen its economy, allowing bars, restaurants and gyms to resume operations in early to mid-May.

“All the way through the early part of May, Texas was moving in a very productive position,” Abbott said. “And then around the time of Memorial Day there was an increase, and that increase has maintained for several weeks now, necessitating that next steps be taken.”

Scott Gottlieb is a CNBC contributor and is a member of the boards of Pfizer, genetic-testing start-up Tempus and biotech company Illumina.

Tue Jun 23 , 2020
So much of our time is spent in the workplace, and employers have spent countless hours fostering an environment that positively affects employees. However, faced with the current crisis due to COVID-19, companies around the world had to completely change the way they operate in a matter of days. Insurance […] 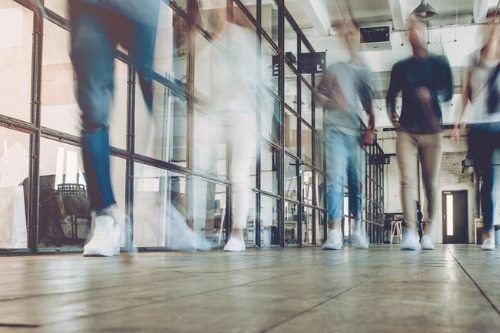