U.S. states are starting to reopen following stay-at-home orders meant to curb the spread of the new coronavirus that has decimated air travel demand.

“We are starting to see some small green shots,” JetBlue President and Chief Operating Officer Joanna Geraghty told Reuters, citing declines in no-show rates and cancellations, and interest in fall and winter bookings.

JetBlue and others are scouring customer research, visits to their websites and macroeconomic data to get a better picture of a rebound, she said.

United’s Scott Kirby, who takes over as CEO on Wednesday, said the timing of a recovery “is getting better every day” although demand “is still not anywhere close to normal.”

To encourage travel ahead of the development of a vaccine, airlines are taking a layered approach to safety.

JetBlue plans to continue blocking seats on its aircraft through at least July 6, check crew members’ temperatures and step up aircraft cleaning with electrostatic aircraft fogging in June, among other measures.

“All of these items work in concert with each other,” Geraghty said, citing passenger concerns such as physical spacing on board, cleanliness, and the health of airline crew.

United said it was teaming up with bleach products company Clorox Co and Cleveland Clinic medical experts to advise on new cleaning and safety protocols, and plans to roll out Clorox electrostatic sprayers and disinfecting wipes at its hub airports in Chicago and Denver, followed by other locations.

JetBlue was the first major U.S. carrier to mandate face coverings for passengers and crew, and was quickly followed by United and other large airlines, although there is still no government mandate.

Airlines have called for a standard set of safety rules across the airline industry, which is bleeding cash as it battles its biggest crisis.

United is implementing temperature checks for staff, electrostatic spraying and touchless kiosks, among other steps.

Delta Air Lines Inc will continue capping its passenger load at 60% beyond June, sources have told Reuters, and is undertaking other efforts to boost customer confidence.

Delta CEO Ed Bastian told Fox Business Network on Wednesday he expected to add about 200 flights in June, and probably another 200 or 300 flights in July as demand improves.

Wed May 20 , 2020
“When recovering after a crisis like COVID-19, resilience should be a key consideration for people, countries and businesses,” said Adriano Lanzilotto, operations vice president and client service manager for FM Global’s London operations. “The 2020 FM Global Resilience Index provides a strong indication of how a country’s business environment may […] 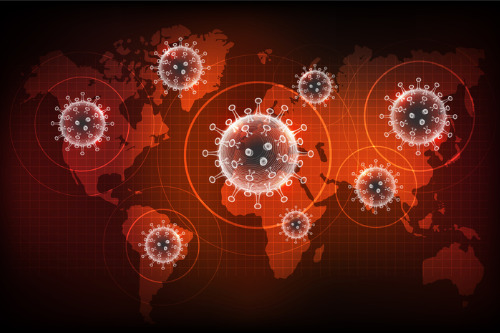