NEW YORK (Reuters) – An increasing number of U.S. companies are selling bonds to repay lines of credit they drew down at the height of the coronavirus-induced market turmoil, an indication that the cash crunch facing much of Corporate America may be easing, according to Bank of America analysts.

Lenders faced requests from more than 170 U.S. companies to draw down on more than $120 billion in prearranged credit lines in recent weeks, according to Bank of America estimates, as corporate executives rushed to buttress their firms’ finances.

“Now we are seeing signs that some companies have confidence they can get to the other side because they are issuing corporate bonds to pay down credit lines,” Hans Mikkelsen, head of U.S. investment grade credit strategy at Bank of America, wrote in a note.

“Of course the main reasons are not just favorable developments around COVID-19 but also policy responses,” Mikkelsen said, referring to the unprecedented spending and credit support programs to mitigate the economic impact of measures to stop the pandemic’s spread.

Many corners of the credit markets are booming following a string of asset purchases by the Federal Reserve and direct lending schemes set up in conjunction with the Treasury Department.

While investment-grade issuers and companies recently downgraded into junk territory have benefited the most from the Federal Reserve’s interventions, many lower-tier junk bonds have also seen prices rally.

To be sure, some strains in the credit markets remain.

The companies covered by the Bank of America’s analysis also do also not include the small businesses that have been a focus of rescue efforts. 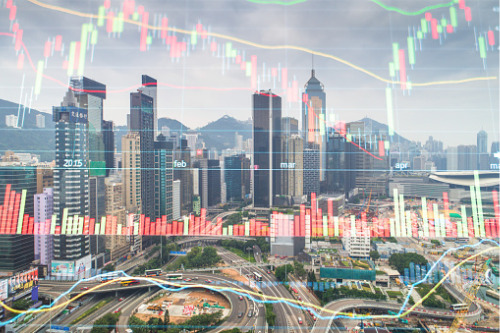