NEW YORK (Reuters) – Oil prices tumbled on Monday, with the U.S. crude futures contract plunging more than 40% to its lowest level since 1986, as investors worried about lack of storage and German and Japanese data indicated a bleak global economy.

Prices have been pressured for weeks since with the coronavirus outbreak hammering demand even as Saudi Arabia and Russia failed to reach an agreement to cut supply. The two sides, with U.S. urging, agreed more than a week ago to cut supply by 9.7 million bpd, but that will not quickly reduce the global glut.

Brent oil prices have collapsed around 60% since the start of the year, while U.S. crude futures have fallen more than 80%, to levels well below break-even costs necessary for many shale drillers. This has led to drilling halts and drastic spending cuts.

U.S. crude futures hit a low of $10.01 a barrel, the lowest since 1986. Analysts said the sell-off was exaggerated by the contract’s imminent expiry.

Many investors appeared to have been misled by what appeared to be a very low oil price and to have failed to take into consideration the expiry of oil future contracts, which takes place each month, Commerzbank analyst Carsten Fritsch said.

When a futures contract expires, traders must decide whether to take delivery or roll positions into an upcoming contract. Usually this process is relatively uncomplicated, but the May contract’s decline reflects worries about an inordinate level of supply.

The volume of oil held in U.S. storage, especially at the Cushing delivery point for the U.S. West Texas Intermediate (WTI) contract in Oklahoma, is rising as refiners throttle back activity in the face of weak demand.

Crude stockpiles at Cushing rose 9% in the week to April 17, totaling around 61 million barrels, market analysts said, citing a Monday report from Genscape.

Oil in floating tanker storage is also estimated at a record 160 million barrels.

Weak global economic data also put pressure on prices. The German economy is in severe recession and recovery is unlikely to be quick as coronavirus-related restrictions could stay in place for an extended period, the Bundesbank said on Monday.

Meanwhile, Japanese exports declined the most in nearly four years in March as U.S.-bound shipments, including cars, fell at their fastest rate since 2011.

The mood in other markets was also cautious as the first-quarter earnings season gets underway. Analysts expect STOXX 600 companies to post a 22% plunge in earnings, which would represent the steepest decline since the 2008 global financial meltdown, IBES data from Refinitiv showed.

Halliburton Co (HAL.N), which generates most of its oil business in North America, joined its larger rival Schlumberger in taking impairment hits in the first quarter and issued a bleak outlook for North America.

Canada, the world’s fourth-largest oil producer, has begun to rein in production, but analysts say the biggest cuts lie ahead.

The Russian energy ministry has told domestic oil producers to reduce oil output by around 20% from their average February levels, two industry sources told Reuters, which would bring Moscow in line with its commitment under a global deal.

Mon Apr 20 , 2020
The global coronavirus pandemic is “not only one of the most significant credit events” in most of our lifetimes, it’s also “unquestionably the fastest developing,” according to Keith Buckley, managing director and global head of insurance ratings at Fitch Ratings. The global credit ratings agency, which provides insurance sector and […] 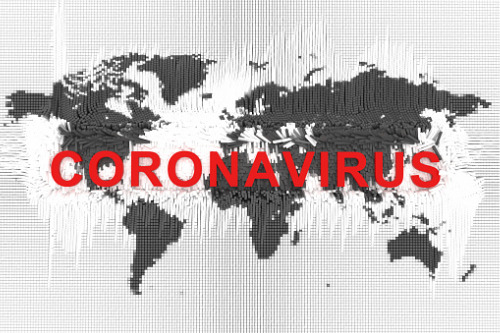