“There was a moderate drawdown story for pork,” Nelson said. “It was nothing like a catastrophic scare.”

Prices for pork bellies tumbled as restaurants closed dining rooms, but other cuts have become more expensive due to stronger retail demand.

Much of the meat in cold storage is destined for export markets, rather than U.S. grocery stores, analysts said.

China has been a major buyer of U.S. pork this year but canceled purchases of 12,561 tonnes last week, according to separate USDA data. Shipments of U.S. pork to China remained strong at 19,808 tonnes.

“Pork the last couple weeks has gotten extremely high,” said Don Roose, president of broker U.S. Commodities in Iowa. “It looks like they’re just backing away from the price here.”

Thu May 21 , 2020
YPSILANTI, Mich. (Reuters) – President Donald Trump traveled on Thursday to the crucial U.S. election battleground state of Michigan to visit a Ford Motor Co (F.N) plant amid tensions with its Democratic governor during the coronavirus pandemic, opting not to wear a protective face mask for the cameras. U.S. President […] 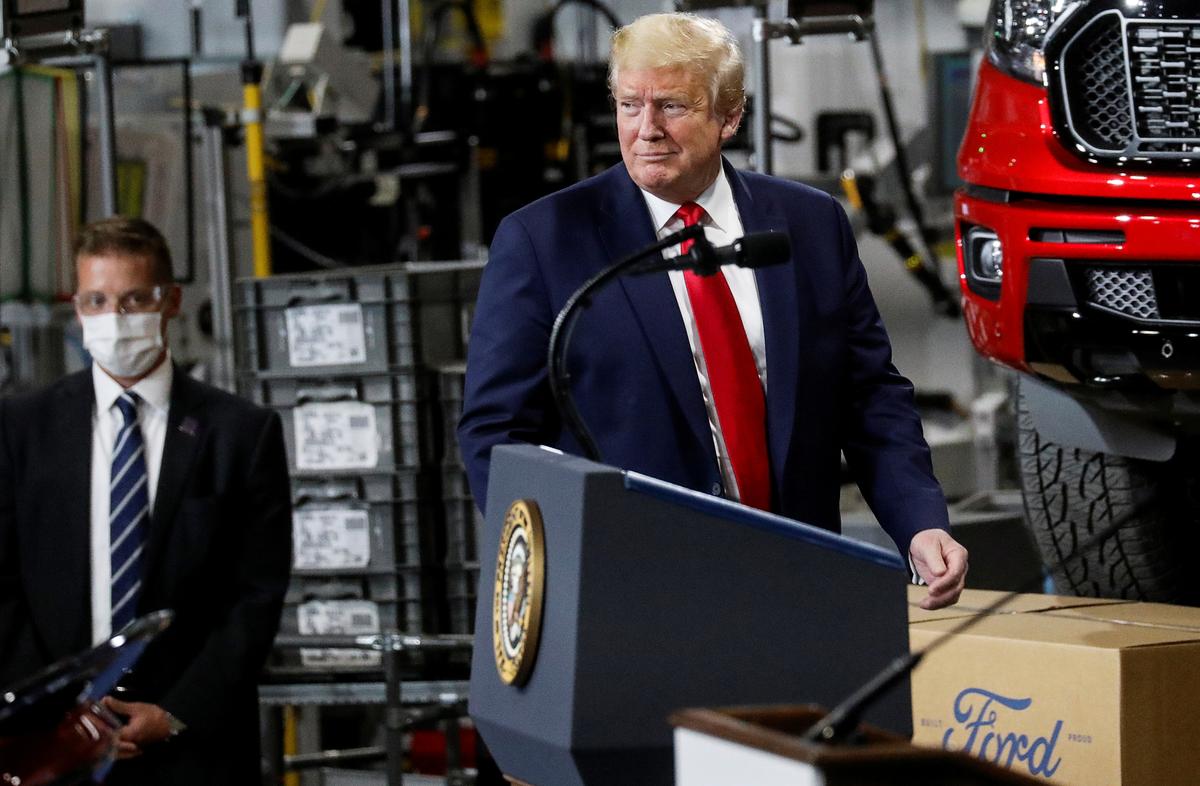