ATLANTA (Reuters) – An array of U.S. merchants in Georgia and other states prepared on Thursday to reopen for the first time in a month under newly relaxed coronavirus restrictions, as another week of massive unemployment claims highlighted the grim economic toll of the pandemic.

From Tennessee and Texas to Ohio and Montana, a handful of governors around the country have announced plans to swiftly allow a return to business for some workplaces that had been ordered closed in an attempt to curb the spread of the coronavirus.

Those plans have drawn fire from public health experts and other governors who warn a premature easing of stay-at-home orders and business closures imposed over the past five weeks could trigger a renewed surge in coronavirus cases.

The debate intensified as the number of Americans known to be infected surpassed 870,000, with nearly 50,000 deaths from COVID-19, the highly contagious respiratory illness caused by the coronavirus, according to a Reuters tally.

Contrary to even White House objections, Georgia Governor Brian Kemp, a Republican, has cleared the way for gyms, hair salons, bowling alleys and tattoo and massage parlors to resume business on Friday, followed by movie theaters and restaurants next week. South Carolina began to ease restrictions on Monday. Florida opened some of its beaches last Friday.

Some business owners, despite the financial blow of the forced closures, were less than enthusiastic about reopening just yet.

“No way is it safe,” said Michael Sponsel, 39, owner of the Freedom Barber shop in Atlanta, the capital and largest city of Georgia. “Not for my barbers, not for my customers. We looked at the numbers and they don’t look good.”

He told Reuters he planned to keep his doors closed.

Others were more sanguine. Angie Bullman said she would reopen her suburban Atlanta hair salon on Friday and was fully booked for the weekend.

“We got to get back to work,” Bullman said.

U.S. Labor Department data released on Thursday showed 26.5 million Americans had sought jobless benefits over the last five weeks, effectively erasing all jobs gained during what had been the longest economic expansion in U.S. history and rendering a level of unemployment not seen since the Great Depression of the 1930s.

While some idled workers have welcomed moves to reopen the economy, others fearful of returning before it is safe to do so face a quandary – state unemployment laws generally bar them from collecting jobless benefits if they refuse work, said Thomas Smith, an associate professor at Emory University’s Goizueta Business School.

“You’re asking people to put their life on the line,” Smith said. “These people aren’t Army Rangers – those people signed up for combat. A barber did not.”

Board Certified Chaplain Bill Simpson comforts a patient under investigation for coronavirus at SSM Health St. Anthony Hospital amid the spread of the coronavirus disease (COVID-19), in Shawnee, Oklahoma, U.S. April 23, 2020. REUTERS/Nick Oxford

The United Auto Workers (UAW) union moved on Thursday to keep its members from facing that dilemma, despite steps taken by Detroit’s major automakers to restart production in early May with Michigan’s governor under growing pressure to permit it.

“We strongly suggest to our companies in all sectors that an early May date is too soon and too risky,” UAW President Rory Gamble said, citing insufficient coronavirus testing to assure workplace safety. [L2N2CB18M]

Underscoring risks posed to industrial plants, where workers have little if any space for social distancing, the nation’s largest meatpacking union said more than 5,000 meat and food-processing workers have been infected with or exposed to the coronavirus, with 13 deaths.

Major meat processors, deemed essential businesses, have been forced to shutter numerous beef, pork and poultry plants in recent weeks due to outbreaks, limiting U.S. production as demand has increased at grocers.

Although the rate of hospitalizations and other indicators of the outbreak’s severity have begun to level off in recent days, California registered its highest single-day loss of life to date, with 115 deaths reported over the previous 24 hours.

California Governor Gavin Newsom urged state residents to follow stay-at-home orders despite a weekend heat wave that could tempt many to beaches officially still closed. He appealed to those who do visit the shore to at least practice social distancing, saying, “Otherwise, I’m going to be announcing in a week or so that these numbers (of hospitalizations) are going back up.”

Some mixed news emerged on Thursday from hard-hit New York, where preliminary coronavirus screenings of state residents found antibodies in the blood of nearly 14%, suggesting some 2.7 million have already been infected, or 10 times the number of cases previously documented.

Although the sample size, 3,000 subjects, was relatively small, the implied fatality rate of all those believed to have contracted the virus is 0.5%, a lower figure than some experts feared.

​ Vice President Mike Pence on Thursday urged states to follow new federal guidelines for lifting business restrictions on a gradual basis, after two weeks of declining COVID-19 cases are documented and systems are in place for widespread testing and tracing of infected individuals’ close personal contacts.

Several opinion polls have shown a bipartisan majority of Americans want to remain at home to protect themselves from the coronavirus, despite the impact to the economy.

Only 13% of Americans polled in a CBS News survey released on Thursday said they would definitely return to public places over the next few weeks if restrictions were lifted now, no matter the status of the outbreak.

After days of political wrangling, the U.S. House of Representatives returned to Washington on Thursday and overwhelmingly approved a $484 billion coronavirus relief bill, funding small businesses and hospitals and pushing the total spending response to the crisis to nearly $3 trillion. Trump has promised to sign it swiftly into law.

Fri Apr 24 , 2020
LONDON/HOUSTON (Reuters) – Investors already braced for poor first-quarter earnings from major oil and gas companies next week will focus on how executives plan to save cash and whether they will cut dividends following the collapse in oil prices. FILE PHOTO: A combination of file photos shows the logos of […] 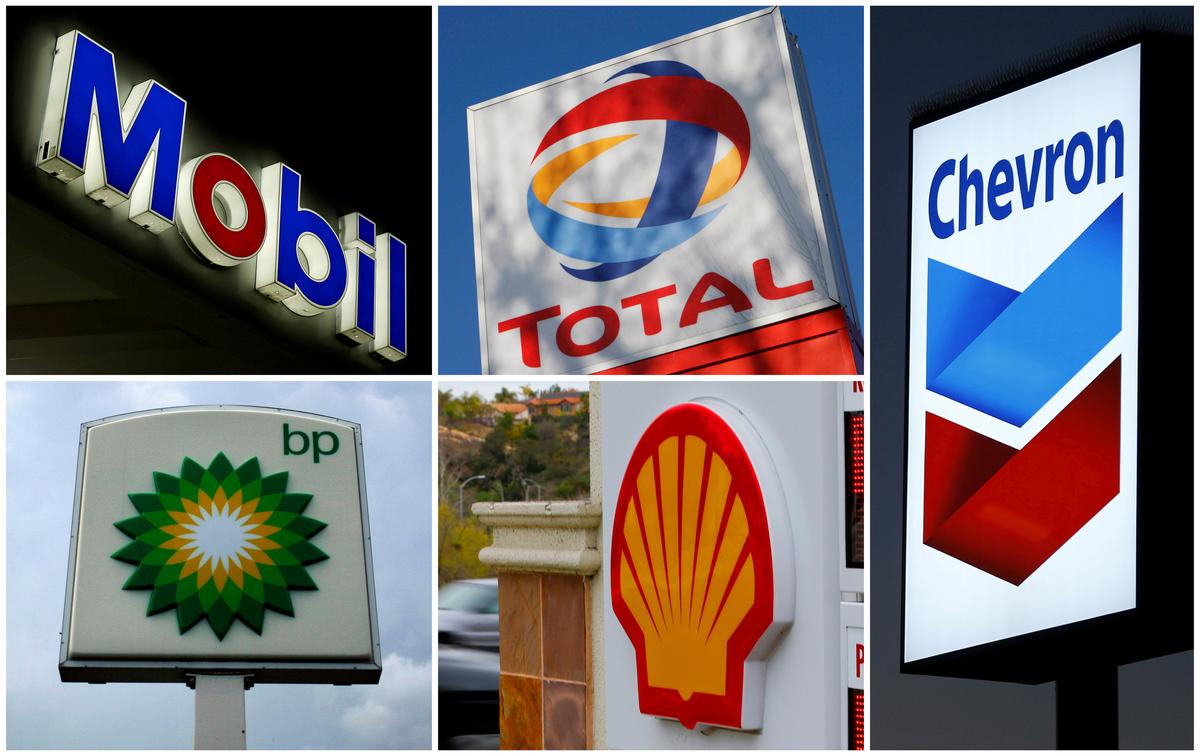