Esra Demir styles the hair of customer Ken Menendez at Salon Loft in Atlanta, Georgia on April 24, 2020. Governor Brian Kemp has eased restrictions allowing some businesses such as hair and nail salons to reopen today in the US state of Georgia after a four-week lockdown to stop the spread of the coronavirus. (Photo by Tami Chappell / AFP) (Photo by TAMI CHAPPELL/AFP via Getty Images)

More than a dozen state economies are poised to re-open for business in a matter of days. Many have already done so.

That could render millions of Americans applying for or receiving unemployment pay ineligible to collect those jobless benefits going forward.

But the answer isn’t clear-cut. There are several things confusing the issue, according to experts.

States may differ in their interpretations of who remains eligible to collect benefits once lockdown rules are lifted, for example. Some are likely to be stricter than others.

“As states start try to open up, especially in the very short term, we’re going to get into a gray area with unemployment insurance,” according to Ernie Tedeschi, an economist at Evercore ISI.

The coronavirus pandemic has pushed states to impose shutdowns on non-essential businesses to stem the spread of Covid-19, which has infected more than 1 million Americans.

Jobless claims have surged to record numbers as a result, with more than 26 million people filing for unemployment in just over a month.

The relief law enacted in late March enhanced unemployment benefits, primarily by raising weekly jobless pay, increasing its duration, and expanding the pool of eligible workers to those like the self-employed.

In normal times, getting a job offer would generally mean an individual can’t receive benefits.

In re-opened states like Georgia, that means jobless individuals may no longer be eligible for unemployment if they get an invitation from a prior employer to return to work, according to Michele Evermore, senior policy analyst at the National Employment Law Project.

But there are some nuances.

For example, if called back to work, a furloughed individual may have a tougher time continuing to collect unemployment than one who was laid off, Tedeschi said.

A furlough, which is a temporary leave, means a worker is technically still an employee of the company. That’s different from a layoff, whereby a formal employment relationship is severed.

That distinction means a state might have a more difficult time learning of a job offer in the case of a laid-off worker, Tedeschi said.

Obviously, state unemployment insurance agencies are stretched to the limits right now and don’t have a lot of resources for enforcement.

research director at the W.E. Upjohn Institute for Employment Research

But refusing a work offer in hopes of collecting unemployment is a risk, he said. For one, a vindictive employer could always report the situation to the state and render the worker ineligible for unemployment.

It also might not make sense for individuals to refuse employment given the negative long-term financial consequences — like permanently lower wages — that generally accompany long-term unemployment, experts said.

There are other murky areas: What about workers who get a job offer but don’t want to return for fear of their safety, for example?

While the relief legislation extended jobless benefits to groups for some Covid-related reasons — for example, those who have to quit as a “direct result” of the virus — it’s not clear such individuals can refuse a work offer if a state re-opens even partially, Tedeschi said.

Eight other states — Alaska, Colorado, Minnesota, Mississippi, Montana, Oklahoma, South Carolina and Tennessee — have recently re-opened (or will soon re-open) their economies in some fashion. Seven others have expiring stay-at-home orders that governors may allow to lapse, as is the case in Texas.

Not all businesses will necessarily open their doors following the easing of restrictions. And many re-opened states are limiting customer capacity.

Current rules may offer grounds to refuse work and collect unemployment if conditions of work are no longer “suitable” due to being unsafe, Evermore said.

Clarifying many of the gray areas of the law will ultimately depend on states’ interpretations, experts said.

Of course, this is all theoretical and it’s unclear at this point what states will do. In practice, states may not be well-equipped to uphold their rules — meaning unemployed workers may continue to collect benefits even if they’re technically no longer eligible.

“Obviously, state unemployment insurance agencies are stretched to the limits right now and don’t have a lot of resources for enforcement,” said Susan Houseman, research director at the W.E. Upjohn Institute for Employment Research.

These programs would allow employers to bring back workers on a part-time basis, and the workers would receive a paycheck plus a reduced unemployment benefit.

Thu Apr 30 , 2020
FILE PHOTO: The logo for ConocoPhillips is displayed on a screen on the floor at the New York Stock Exchange (NYSE) in New York, U.S., January 13, 2020. REUTERS/Brendan McDermid (Reuters) – U.S. oil and gas company ConocoPhillips swung to a first quarter loss on Thursday as it took big […] 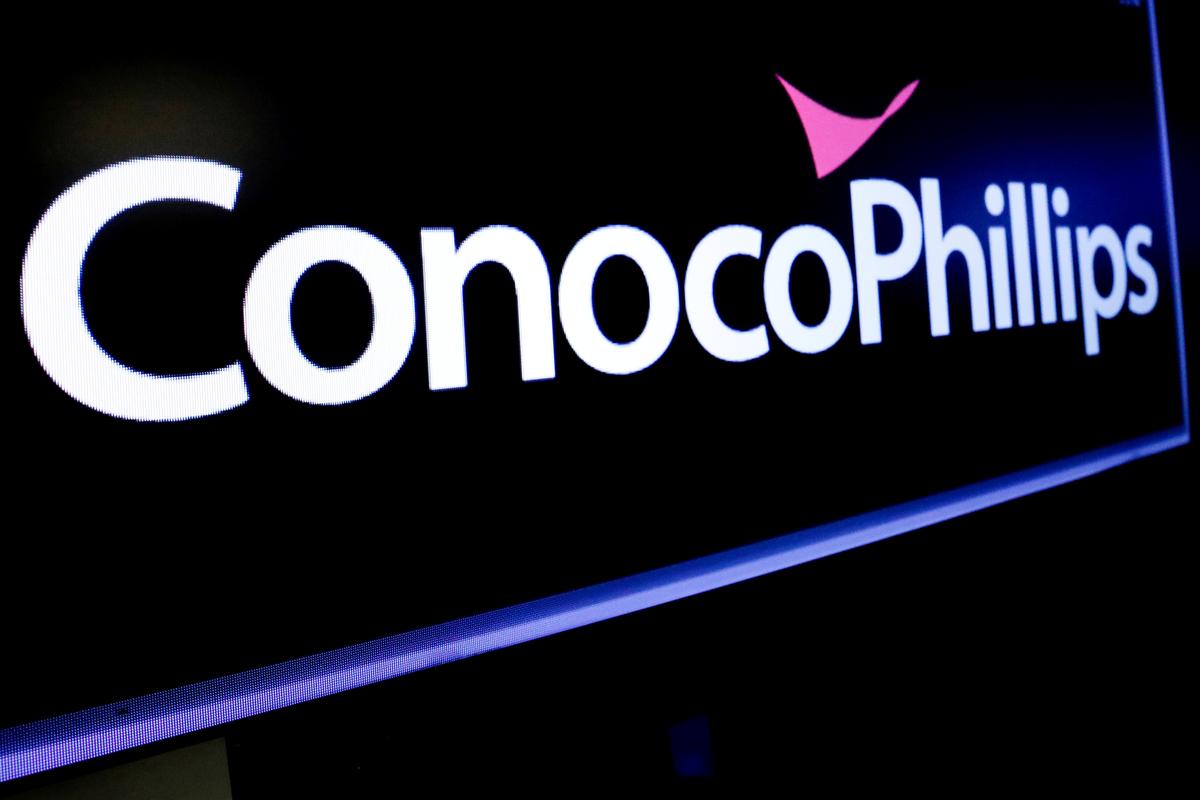