FILE PHOTO: A woman walks pass by a sign of Vivendi at the main entrance of the entertainment-to-telecoms conglomerate headquarters in Paris, France, November 21, 2019. REUTERS/Gonzalo Fuentes

PARIS (Reuters) – Vivendi (VIV.PA) closed on Tuesday the sale of a 10% stake in Universal Music Group (UMG) – home to Taylor Swift and The Beatles – to a Tencent-led consortium, in a deal giving UMG an enterprise value of 30 billion euros ($33 billion).

The French conglomerate, in which billionaire Vincent Bollore’s holding company has the biggest stake, said it would now examine the possible sale of other minority interests in UMG, with an initial public offering of those assets planned for early 2023.

The previously announced deal allows both companies to expand in a recovering global music market. It gives Tencent more access to U.S. artists, while UMG can tap into the Asian market, including big-selling “K-Pop” Korean pop stars.

Although Tencent Music’s user base is nearly three times that of Spotify Technology SA (SPOT.N), it has fewer paying users.

Earlier this month, Tencent Music Entertainment Group (TME.N) warned it would likely see “much softer” first-quarter revenue growth due to the COVID-19 outbreak.

The Tencent consortium also has the option to buy an additional up to 10% of UMG’s share capital on the same valuation basis until January 15 next year.

Vivendi said it plans to use the proceeds from the transactions for substantial share buyback operations and acquisitions.

Tue Mar 31 , 2020
BEIJING (Reuters) – Factory activity in China unexpectedly expanded in March from a collapse the month before, but analysts caution that a durable near-term recovery is far from assured as the global coronavirus crisis knocks foreign demand and threatens a steep economic slump. FILE PHOTO:A worker walks past a steel […] 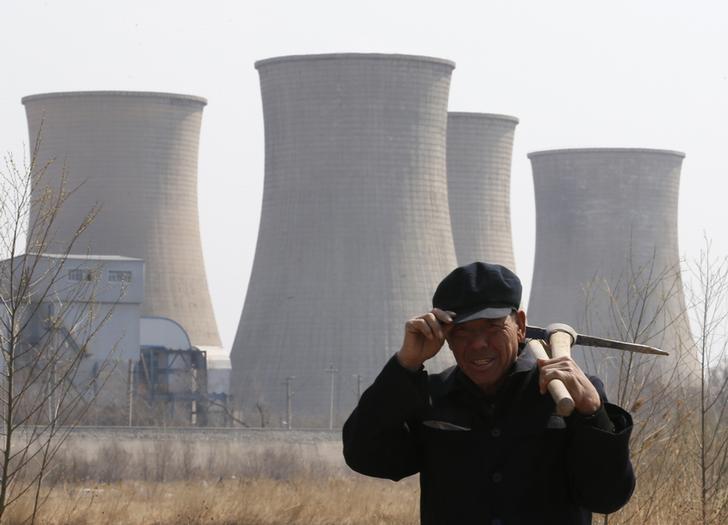