Facing unprecedented demand for loans, and under pressure to support their local economy, the likes of Bank of America (BAC.N) and JPMorgan (JPM.N) have taken a more cautious approach on Europe, the sources said, speaking on condition of anonymity.

Goldman Sachs (GS.N), Morgan Stanley (MS.N) and Citigroup (C.N) have also become more risk-averse in taking lending decisions in Europe as they fret over a wave of potential loan defaults, the sources added.

With U.S. banks focusing on their home turf, France’s BNP Paribas (BNPP.PA) is using its robust balance sheet to gain market share by increasing lending across the continent, according to the sources and Refinitiv data.

The U.S. banks remain active on selective deals, however, with Goldman Sachs and Citigroup underwriting a 3.5 billion euro credit facility for Fiat Chrysler (FCHA.MI) in March.

They are also deploying different financing tools – such as issuing bonds as well as providing bridge capital or bilateral loans – to spread their bets in Europe.

Sources at the banks say that their European rivals can afford to be more aggressive in their capital allocation as they can access ultra cheap financing from the European Central Bank.

Bank of America, for example, turned down requests by British events organiser Informa (INF.L) in March to underwrite a new 750 million pound ($926.5 million) credit line, according to one source with direct knowledge of the matter, despite being its joint corporate broker.

BNP Paribas, HSBC and Spain’s Banco Santander decided instead to take on the job and underwrite the facility, while Goldman Sachs and Morgan Stanley agreed to syndicate the debt.

Bank of America subsequently failed to land a key role in handling Informa’s share sale on Apr. 16 which raised 1 billion pounds and was led by Goldman Sachs and Morgan Stanley as joint global coordinators, the source said.

Informa did not respond to a request for comment.

A source close to Bank of America said the bank had committed more than $9 billion to European clients for liquidity back-up facilities since March 1.

BNP Paribas, under CEO Jean-Laurent Bonnafé, leads both Refinitiv and Dealogic’s league tables for syndicated loan bookrunners in Europe, with Dealogic data showing it has underwritten $32 billion worth of loans so far this year.

Despite oil market turmoil, BNP Paribas solely underwrote a $10 billion credit facility for Britain’s BP (BP.L) on Apr. 6. It is unusual for one bank to underwrite such a large facility alone, particularly in a sector under strain.

While facing pressure to provide much-needed financing to domestic businesses, French banks have the backing of the country’s political establishment to expand overseas.

Having high levels of liquidity means French banks are likely to be less affected from the fallout of the coronavirus pandemic than other European lenders, one of the sources said.

BNP is widely seen as having emerged a relative winner from the financial crisis by keeping a tight rein on costs and risk. French banks say they have built up higher capital ratios and liquidity levels than during the last crisis.

“The French banking system is seen as the most active and the most solid,” said a Paris-based banking source.

American banks’ international focus had to give way as the fallout from the coronavirus pandemic has triggered exceptional demand for liquidity from both U.S. and European clients.

The eight banks topping this year’s Refinitiv league table for syndicated loans are all European, while Bank of America – which was number one last year – has slipped to 10th position, providing around $6 billion of loan commitments.

JPMorgan is the highest-ranked American bank, in ninth place, down from seventh last year.

Banks have seen cash-strapped clients around the world draw down more than $150 billion of revolving credit facilities in the first quarter of the year as business activity came to a halt in many countries.

The rush to deploy lifelines has prompted lenders to set aside billions of dollars in provisions to cushion potential losses, while missing financial targets and stomaching sharp declines in profit.

The bleak outlook, combined with a series of government relief packages for struggling businesses in the United States and Europe, has increased pressure on lenders to prioritize domestic clients, using state guarantees to rescue companies.

“In this crisis most banks need to align their interests with their own governments’ and come forward to support state-backed schemes,” said a London-based banker.

“That’s where nationalism comes from. It leaves banks with tough choices to make as there is huge demand for liquidity across borders.”

Fri Apr 24 , 2020
PARIS/SAO PAULO (Reuters) – A $4.2 billion deal for Boeing (BA.N) to buy the civil jetmaking arm of Brazil’s Embraer (EMBR3.SA) has hit a roadblock over implementation, threatening its collapse barring a last-minute breakthrough on Friday, people familiar with the talks said. FILE PHOTO: An Embraer E195-2 is seen on […] 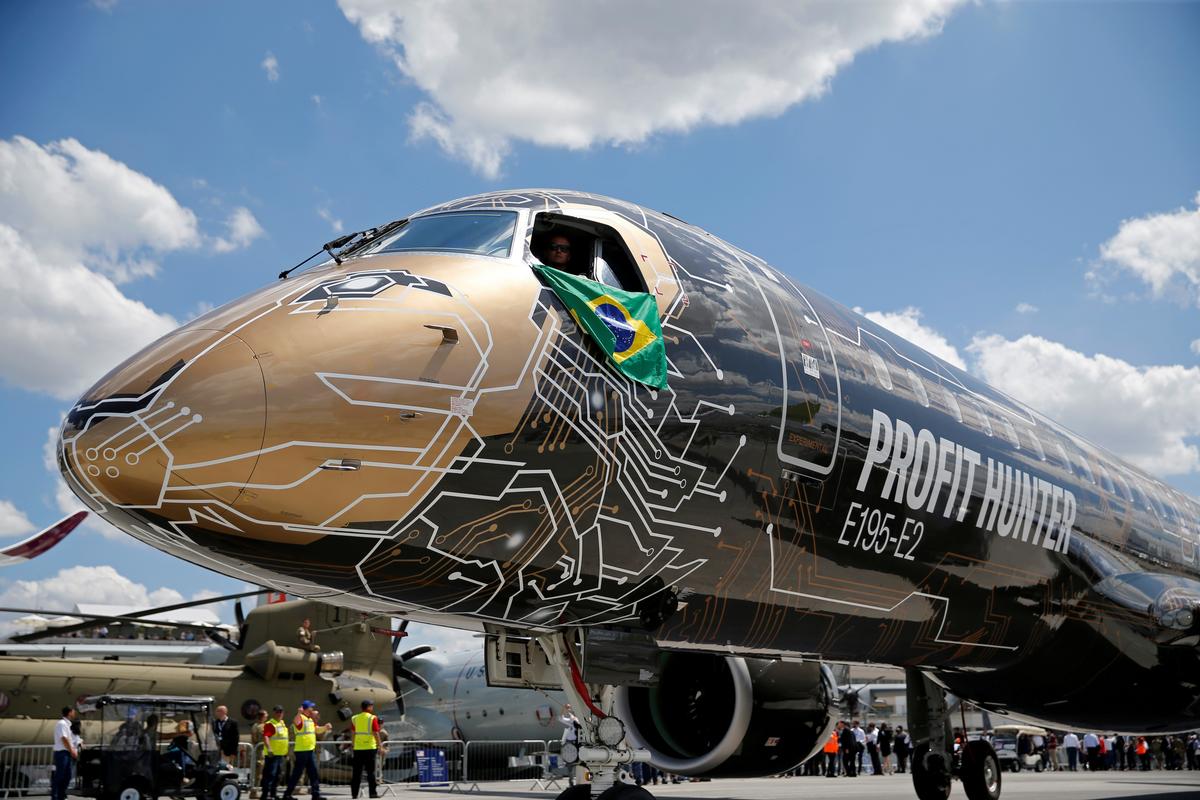