(Reuters) – Wall Street headed for a higher open on Thursday as jobless claims declined for the third straight week, raising hopes that the worst of the coronavirus pandemic’s impact on the labor market might be over.

FILE PHOTO: A woman walks in the rain outside the New York Stock Exchange (NYSE) in the financial district of lower Manhattan during the outbreak of the coronavirus disease (COVID-19) in New York City, New York, U.S., April 13, 2020. REUTERS/Andrew Kelly

Data on Thursday showed 4.43 million Americans filed for unemployment benefits in the week to April 18, down from a revised 5.24 million in the previous week.

But the latest number was still staggeringly high and took the total in the past five weeks to a record 26 million as state-wide shutdowns to contain the coronavirus sparked production halts and mass staff furloughs.

“While markets are going to take this drop as being very positive, it is not a victory flag that recession is going to be avoided,” said Steven Blitz, chief U.S. economist at TS Lombard in New York.

“The market is trying to say that this contraction due to the coronavirus is not a true recession, its effect is broad but limited to industries that have been forced to shut down, and that once we open, the negative impact will quickly unwind.”

Investors will now turn to surveys on U.S. manufacturing and services firms due later in the day that are likely to mirror dismal readings from Asia and Europe.

Wall Street jumped on Wednesday on a recovery in oil prices and signs Congress was preparing nearly $500 billion more in relief for small businesses and hospitals. The bill is expected to clear the House of Representatives later in the day.

Still, the benchmark S&P 500 index .SPX is 17% below its February record high and volatility remains well above levels seen in the past two years.

“Given that the global economy is breathing on life support, no one can be sure with a high level of certainty on how equities and other asset classes will perform in the coming months,” said Hussein Sayed, chief market strategist at FXTM.

“What we know is volatility will stay with us for a while and that is the kind of ‘new normal’ we need to deal with over the forthcoming weeks and possibly months.”

Analysts have sharply cut their S&P 500 profit expectations for the first and second quarters, while companies launched dramatic cost-cutting measures to ride out the economic slump.

Retailer Target Corp (TGT.N) reported a surge in digital sales in March and April, which offset a slump in-store sales. But its shares fell 6.7% in premarket trading as margins were hit by higher costs.

Bigger rival Walmart Inc (WMT.N) also fell 1.2% and was the biggest decliner among Dow .DJI components before the bell.

Thu Apr 23 , 2020
(Reuters) – Eli Lilly and Co (LLY.N) raised the top-end of its 2020 profit forecast on Thursday and beat quarterly estimates, benefiting from customers stocking up medicines such as diabetes drug Trulicity amid the coronavirus pandemic. FILE PHOTO: The logo of Lilly is seen on a wall of the Lilly […] 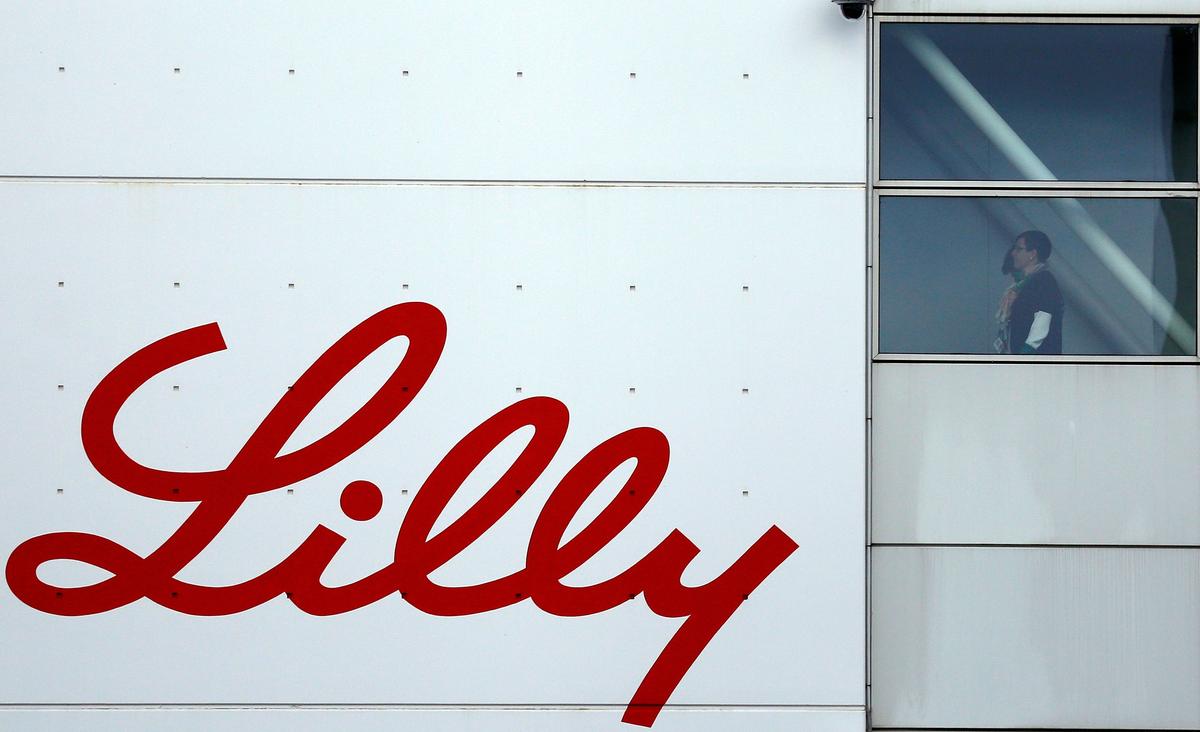