The World Health Organization is in talks with China to send a follow-up mission to the country to investigate the source of the coronavirus pandemic, a WHO official said Wednesday.

WHO officials previously said the coronavirus emerged from a seafood market in Wuhan, China, and likely originated in bats, then jumped to an “intermediate host” before infecting humans. Dr. Maria Van Kerkhove, head of WHO’s emerging diseases and zoonosis unit, said Wednesday it’s critical for officials to determine from what species the virus emerged.

“There is discussion with our counterparts in China for a further mission, which would be more academic in focus and really focus on looking at what happened at the beginning in terms of the exposures with different animals so that we can look to a new approach to find the zoonotic source,” Van Kerkhove said during a press conference at the agency’s Geneva headquarters.

Scientists continue to run tests on various animals, but have so far not found the host responsible for the outbreak.

In February, the WHO sent a team of international experts, which included Van Kerkhove, to join Chinese counterparts in a mission to explore the nature of the virus and to inform the global response. Van Kerkhove said that team recommended China to further investigate the animal source of the outbreak.

“The public health importance of this is critical because without knowing where the animal origin is it’s difficult for us to prevent this from happening again,” she said Wednesday. “This happens with all emerging pathogens because most emergent pathogens come from animals.”

SARS, the coronavirus that emerged in November 2002 and killed nearly 800 people across the world over nine months, was also believed by scientists to have originated in bats before spreading to civet cats and later humans.

The coronavirus has infected more than 3.6 million people worldwide and has killed at least 257,818 since it emerged in Wuhan, China over four months ago, according to data compiled by Johns Hopkins University.

WHO officials also warned world leaders Wednesday that there can be “no going back to business as usual” following the pandemic, which has upended economies and wreaked havoc on nearly every country across the globe.

“This virus likes to find opportunities to spread and if these lockdown measures are lifted too quickly, the virus can take off,” Van Kerkhove said. “The only way to control and suppress this virus, this Covid-19, is to actually find [cases], quarantine those contacts, isolate the cases and it will be brought under control.”

WHO Director-General Dr. Tedros Adhanom Ghebreyesus said countries cannot “let preparedness go by the wayside. As we work on responding to this pandemic, we must also work harder to prepare for the next one. Now is an opportunity to lay the foundations for resilient health systems around the world, which has been ignored for long.”

While reported cases are beginning to decline in regions such as Western Europe, more cases are being reported every day in Eastern Europe, Africa, South-East Asia, the Eastern Mediterranean and the Americas, Tedros said, adding an average of around 80,000 new cases have been reported to the agency every day.

“These are not just numbers. Every single case is a mother, a father, a son, a daughter, a brother, sister or friend,” he said.

Tedros urged caution to countries looking to ease social distancing restrictions intended to curb the pandemic. He said the risk of returning to lockdown “remains very real” if countries do not manage the transition “extremely carefully.”

Wed May 6 , 2020
NEW YORK (Reuters) – Big gains in small caps stocks are fueling hopes that a bounce in broader equity markets may stick, as investors ponder how quickly the U.S. economy can emerge from its coronavirus-fueled slowdown. FILE PHOTO: Traders work on the floor of the New York Stock Exchange (NYSE) […] 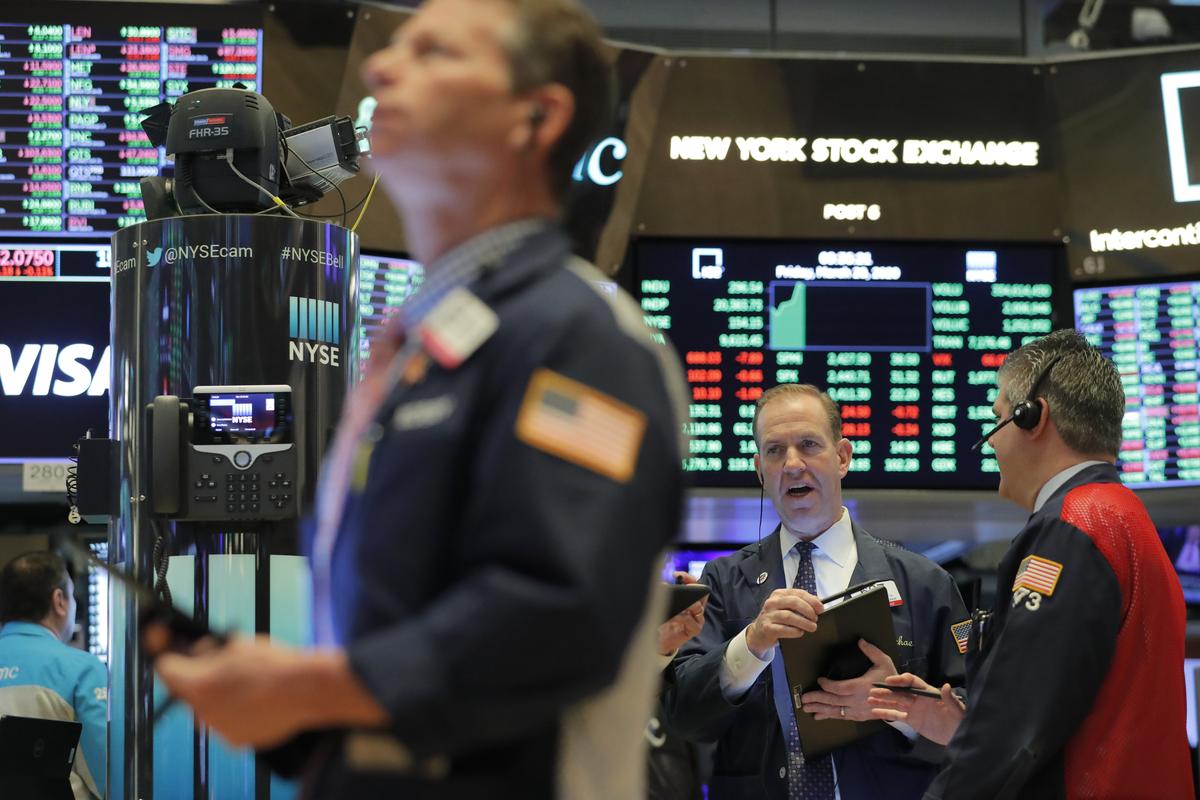