An employee installs the rear passenger door on a test frame for a Volkswagen AG Tiguan compact sport utility vehicle inside the company’s production plant in Puebla, Mexico.

As automakers prepare to restart U.S. manufacturing, potential parts shortages south of the border appear to have been diverted.

Some Mexican auto factories are due to open as soon as Monday, in line with large U.S. assembly plants for the Detroit automakers. Mexican President Andres Manuel Lopez Obrador is expected on Wednesday to lay out a road map for the country to reopen its economy, with a focus on the automotive sector, according to Reuters.

Mexico, unlike many U.S. states, had not given direction on when auto manufacturing would be allowed to restart as the county’s coronavirus cases have continued to rise. It’s something auto industry executives have been closely watching as they reopen American factories.

Prior to the reopening report, Fred Hubacker, a managing partner of consulting firm Conway MacKenzie, called Mexico a “wild card” in the restart of the U.S. auto industry.

At $93 billion, vehicles were the top import to the U.S. from Mexico in 2018, according to federal data. The Center for Automotive Research reports $60.8 billion, or 39% of auto parts used in the U.S., were imported from Mexico in 2019.

“Mexican content is a significant issue [automakers] must resolve to restart vehicle production,” said Kristin Dziczek, vice president of industry, labor and economics at the Center for Automotive Research. “Synchronization of the automotive restart cadence with Mexico is critical.”

Important vehicles imported to the U.S. from Mexico include pickup trucks by General Motors, Fiat Chrysler and Toyota Motor as well as luxury vehicles from Mercedes-Benz and Audi.

GM CEO Mary Barra told investors last week that the automaker has been having “regular dialogue” with national leaders in Mexico and the U.S., where it plans to begin producing vehicles Monday. She called the discussions “very constructive,” citing extensive safety measures the company has outlined to officials for restarting production.

“We think with those protocols and communicating and sharing our plans, we’re in a good position as we talk to country leaders and state leaders,” she said. “Obviously, we’ll continue to have dialogue with our unions as well as with the government leaders to do the right thing.”

GM’s large SUVs for the 2020 model year, which are produced in Texas, have some of the highest percentages of parts coming from Mexico among U.S. built vehicles, according to the American Automobile Labeling Act report.

Ahead of Mexico’s plans to reopen its auto sector, a parts shortage due to the coronavirus pandemic was likely deja vu for GM and other automakers.

North American automakers had to scramble earlier this year to find and ship parts after factories in China, where the virus originated, shut down in January and created a parts shortage there.

“It feels like a lifetime ago, but when shutdowns were happening in Wuhan, (China) there was panic across manufacturing in anticipation of shutdowns in 40-50 days,” said Ambrose Conroy, CEO of auto consulting firm Seraph, which has been assisting companies with reopening plants. “Stoppage in Mexico [would] cause problems within a week.”

All eyes on Detroit as automakers ready slow, careful reopening of plants

Wed May 13 , 2020
DETROIT (Reuters) – The U.S. factories that make Fords, Chevys and Jeeps are coming back to life this week as workers install new safety equipment and wake up machines ahead of the high-stakes restart the Detroit automakers plan to launch on Monday. Weld curtains hang across the door line at […] 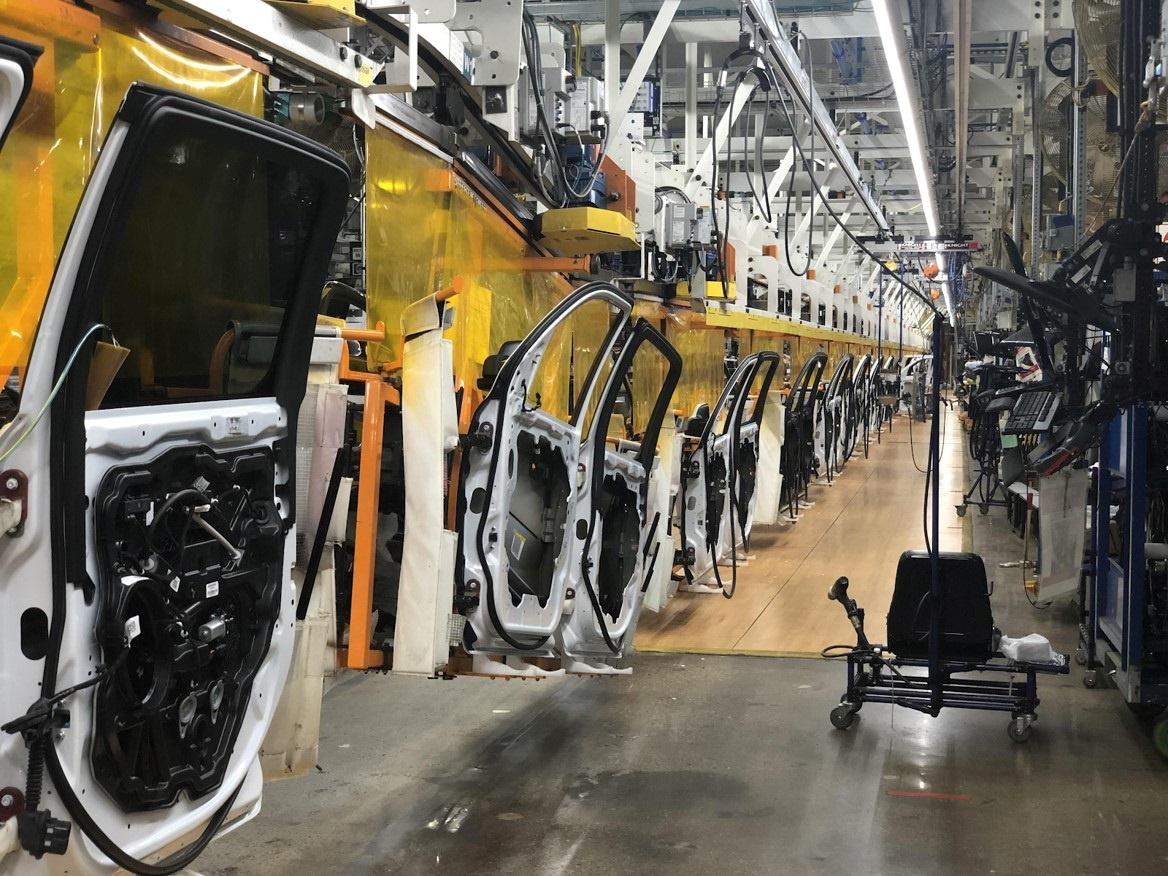