Stock futures were slightly higher during overnight trading as the major averages attempted to recover from Wednesday’s heavy losses, which saw the S&P 500 tumble more than 2%.

Stocks continued their September swoon on Wednesday, with all of the major averages registering steep losses. The Dow Jones Industrial Average closed 525.05 points, or 1.9%, lower, reversing a 176-point gain from earlier in the session. The S&P 500 declined 2.4%, while the Nasdaq Composite shed 3%.

“There wasn’t one specific reason to explain the selling, and in many ways the slump was a continuation of price action that’s been underway since the start of the month,” said Adam Crisafulli of Vital Knowledge. He noted that the tech trade, which cracked earlier in September, has yet to recover. “Psychology around the group shifted and it’s no longer the stalwart source of support it once was. Meanwhile, investors still aren’t comfortable enough with the cyclical/value stocks to even begin to offset the ongoing tech weakness,” he added.

So far in September the S&P 500 has declined 7.5%, while the Dow has shed 5.8%. The Nasdaq Composite has been the relative outperformer, registering a loss of 9.7% as investors rotate out of Big Tech. Facebook, Amazon, Apple, Netflix, Alphabet and Microsoft are all down at least 11% in September.

Looking ahead to Thursday, investors will get a read on the state of the economic recovery when U.S. jobless claims are released at 8:30 a.m. ET. Federal Reserve Chair Jerome Powell and Secretary of the Treasury Steven Mnuchin will also appear before the Senate banking committee.

The testimony comes as Washington struggles to move forward with additional stimulus measures. On Wednesday Chair Powell reiterated that further fiscal stimulus is needed if the U.S. economic recovery is to continue.

“Today’s [Wednesday’s] stock market action is a clear signal that investors are demanding further stimulus, either fiscal or monetary,” said Andrew Smith, chief investment strategist at Delos Capital Advisors. “While most investors are pinning the recent bout of volatility on seasonality and political uncertainty, we have entered a period where a liquidity pocket is present, which has caused the US Dollar to rally, thus hurting risk assets.”

Thu Sep 24 , 2020
Insure Our Future, however, said that Sompo’s policy comes with significant loopholes, as it only applies to coal projects inside Japan, and comes with exemptions, such as projects with high power efficiency. According to Yuki Tanabe, program director at the Japan Center for a Sustainable Environment and Society (JACSES), the […] 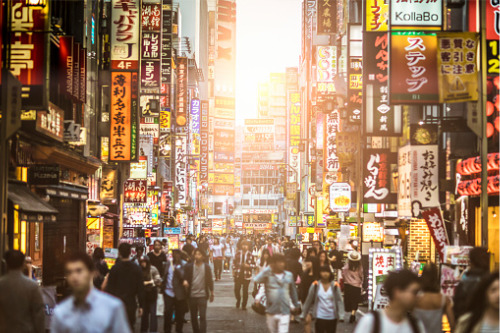