(Reuters) – U.S. stock indexes were set to open sharply higher on Monday on optimism fueled by encouraging data from a potential COVID-19 vaccine trial, with investors also counting on more stimulus to rescue the economy from a deep economic slump.

Investors have kept a close eye on the vaccine programs of several drugmakers, cheering any positive development amid fears of a second wave of infections as governments start easing restrictions.

Markets were also encouraged by Federal Reserve Chairman Jerome Powell’s remarks over the weekend on a gradual economic recovery, and his affirmation that more monetary stimulus was on the way if required.

Powell also said the most important data for the U.S. economy right now are the “medical metrics” around the coronavirus pandemic and sectors such as travel and entertainment would remain under pressure.

“Powell has also indicated something that was very important – that the full recovery is based on finding a vaccine. It’s basically fueling hope. It’s all about the economy and the reopening of some of the states and reopening countries around the world,” said Peter Cardillo, chief market economist at Spartan Capital Securities.

However, they posted a weekly loss as uncertainty still persisted over how the world would emerge from the coronavirus. U.S. stock indexes have stuck to a tight range after recovering from multi-year lows hit in March.

General Motors Co (GM.N) rose 5.2% and Ford Motor Co (F.N) 4% as they prepared to reopen their North American factories in a push to restart work in an industry that accounts for about 6% of U.S. economic activity.

Apple Inc (AAPL.O) rose 1.9% as the iPhone maker said it would reopen more than 25 of its branded stores in the United States this week.

Reporting by Ambar Warrick and Medha Singh in Bengaluru, additional reporting by Pawel Goraj in Gdansk; Editing by Saumyadeb Chakrabarty

Nissan's survival plan for Europe: SUVs and sharing with Renault

Mon May 18 , 2020
(Reuters) – Nissan Motor Co (7201.T) is working on a plan to scale back its European business, focusing on sport utility and commercial vehicles as well as more effective sharing of products and investments with partner Renault, three sources told Reuters. FILE PHOTO: Qashqai cars by Nissan are seen parked […] 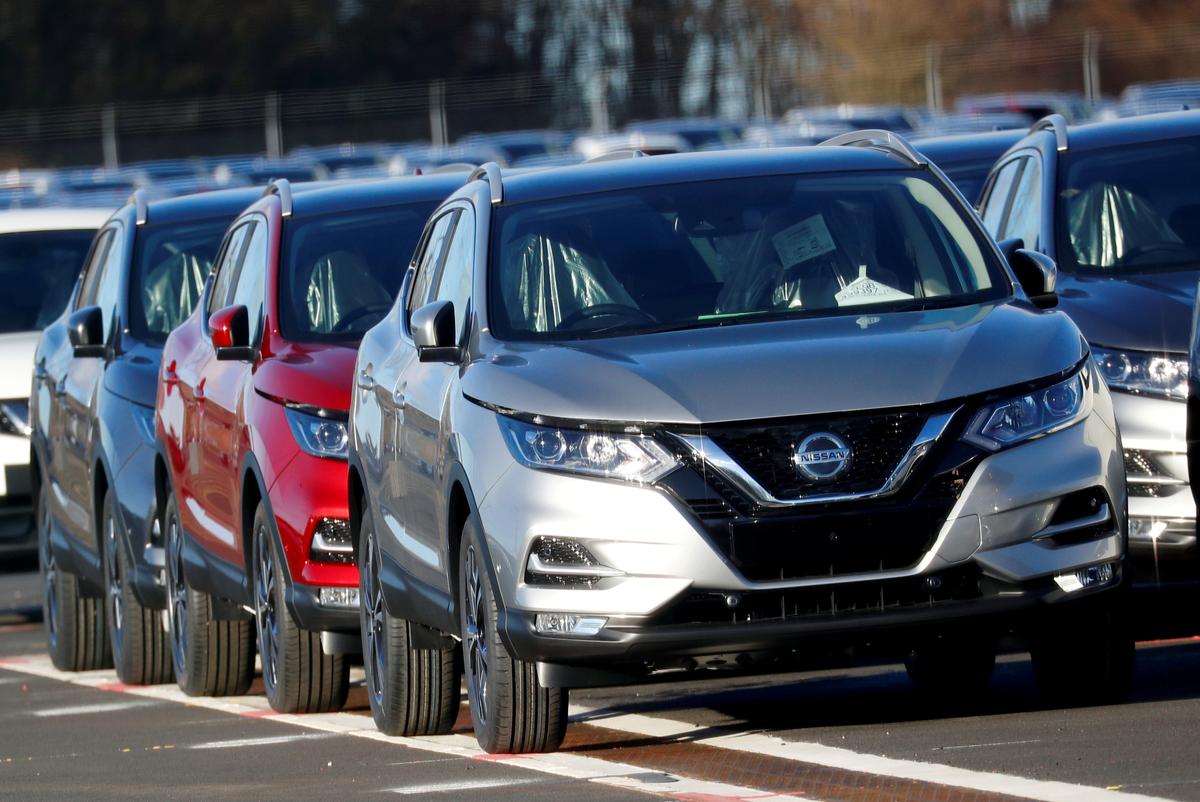