Read next: Marsh examines increase in third-party business for captives

While the average price increases may have dipped, the increases themselves are still significant – especially after 14 consecutive quarters of upward change. This challenging insurance marketplace has driven many companies to consider alternative risk transfer solutions in order to reduce costs. Captives, in particular, have proven to be popular in recent years. These programs enable organisations to control their costs and improve their margins by increasing their risk retention and taking greater control of their insurance programs.

“It’s not difficult to see the correlation between a challenging insurance market and increased premiums into captives. At a simplistic level, it’s all boats rising,” said Lorraine Stack, international sales and advisory leader, Marsh Captive Solutions. “What’s happening is fascinating because it really highlights that captives and commercial insurers are all part of the same ecosystem, and really how interactive and interconnected the two areas of the ecosystem are.

“What we’re seeing is that companies who formed captives still buy insurance. They’re still operating in the insurance market, they’re just doing so in a more strategic and cost-efficient way. It’s not like there’s a flight of premium from the commercial insurance market into captives. In fact, what’s happening is that companies are actually looking to find that value and the inflection points [to determine] the right balance between risk retention and risk transfer – and most of them are using analytics to underpin those decisions.”

In particular, companies around the world are looking at their property programs, their excess liability programs, and their directors & officers (D&O) liability programs to see whether they can transfer some of that risk via a captive in order to free up capacity elsewhere. Increasingly, especially in the case of D&O insurance, companies are using what’s known as rent-a-cell captives (also known as protected cell captives), where they get the benefits of the traditional single-parent or wholly-owned insurance company captive, without the upfront costs, capital investment, or significant maintenance costs associated with forming and managing a wholly-owned captive.

“We’ve also seen companies who can’t get Side A D&O coverage in the commercial insurance marketplace (and there are some that) start looking at cell captives [to transfer that risk], potentially enabling them to get coverage for Side B and Side C in the marketplace. We have a number that we’re forming in Bermuda, we’re actively forming a Side A D&O cell in Guernsey, and we’re very close to forming one in Malta as well. Of course, the timeline with all of this is critical. In the US, you can form a cell very quickly – in up to four weeks – and it’s possibly even quicker in Guernsey or Bermuda. It takes a bit longer in Malta because we’re still in a Solvency Two regime there, so it might take two or three months, but it’s still much faster than forming a single-parent captive.” 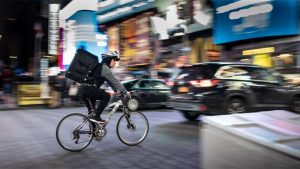 Four Ways The Industry Must Evolve

Is now a good time to invest in automation technologies?

What Is SEARCH ENGINE OPTIMIZATION Marketing?