LONDON (Reuters) – Britain’s aviation industry called on the government to find an alternative to quarantine plans for international arrivals, or risk seeing airlines and airports being dealt a fatal blow from the coronavirus pandemic.

Prime Minister Boris Johnson said on Sunday a quarantine would soon be needed for people coming into the country by air to prevent a second peak of the virus outbreak.

The new rules, which airlines have been told will be a 14-day quarantine period for most people arriving from abroad, will deter travelling and destroy any hopes of a swift recovery for an industry in crisis, said aviation bosses.

Airlines are already facing a battle to survive, with most flights grounded since March due to travel restrictions to contain the pandemic.

Heathrow Airport, which during normal times is Europe’s busiest airport but which saw passenger numbers plunge 97% in April, called for common international standards to enable passengers to travel freely between low risk counties once the virus is under control.

That would allow borders to be re-opened, it said.

Meanwhile, easyJet (EZJ.L), one of Britain’s biggest airlines, said any quarantine requirements must be short-lived and replaced by a targeted regime allowing low-risk passengers to travel easily.

The industry body has already asked for Britain’s job retention scheme to be extended beyond June, and requested a temporary suspension of some taxes airlines pay, such as air passenger duty.

Bosses complained there was lack of clarity over how long the new rules would last and how often they would be reviewed.

“It’s inevitable that consumers will be confused by the message, they will not be certain as to when they should book their holidays,” Manchester Airports Group Chief Executive Charlie Cornish told BBC television.

Some destinations will be at an advantage, as travellers from France will be exempt from the quarantine rules, while airlines said the new rules wouldn’t be applied to arrivals from Ireland.

Britain’s foreign minister Dominic Raab told BBC Radio there would be exemptions from the rules but did not give details. He said the government was aiming to bring in the quarantine from the end of the month.

Critics have asked why it was not brought in sooner and how it will be put into practise, given passengers could fly to France and then cross into Britain via ferry or train.

Willie Walsh, the boss of British Airways parent company IAG, is likely to comment on the new rules when he gives evidence to parliament’s transport committee later on Monday.

Mon May 11 , 2020
FILE PHOTO: The logos of car manufacturers Fiat and Peugeot are seen in front of dealerships of the companies in Saint-Nazaire, France, November 8, 2019. REUTERS/Stephane Maher BRUSSELS (Reuters) – EU antitrust regulators will decide by June 17 whether to clear Fiat Chrysler (FCHA.MI) and Peugeot maker PSA (PEUP.PA)’s $50 […] 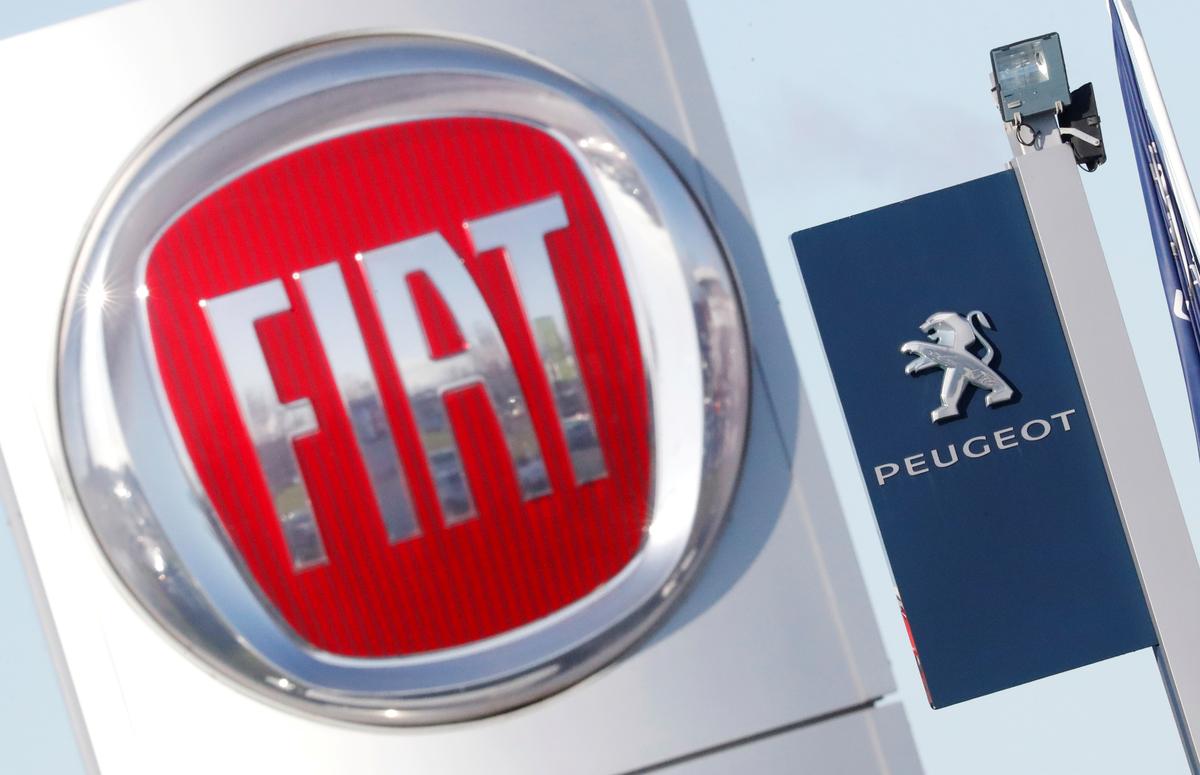