LONDON (Reuters) – The owner of British Airways, Iberia, Vueling and Aer Lingus must cut costs across the board to weather the coronavirus crisis as air travel won’t return to normal until at least 2023, its chief executive Willie Walsh said on Thursday.

British Airways has already announced job reductions of up to 12,000 so Thursday’s statement by its owner IAG (ICAG.L) has raised the prospect of further cuts at its other airlines as it looks to preserve cash during the crisis.

Walsh, who has delayed his retirement until September to see IAG through the pandemic, also said the company was looking at getting a cut in the price of Spanish airline Air Europa, which it agreed to buy for 1 billion euros ($1.1 billion) last year.

Walsh reiterated that IAG was not looking for any state bailouts beyond general government schemes to help companies through the crisis, unlike rivals such as Air France-KLM (AIRF.PA) and Germany’s Lufthansa (LHAG.DE).

IAG shares were down 4% in early trading, having already lost almost 70% of their value over the last three months.

“I’ve been very clear that state aid which is made on a general basis, if it’s applicable to us and we can avail of it … then we will do so,” said Walsh.

IAG, which has used furlough schemes to pay staff, said it had accessed 300 million pounds ($371 million) under Britain’s Coronavirus Corporate Finance Facility and had 10 billion euros of liquidity available at the end of April.

“However, we do not expect passenger demand to recover to the level of 2019 before 2023 at the earliest. This means group-wide restructuring is essential in order to get through the crisis and preserve an adequate level of liquidity,” Walsh said.

Analysts have speculated that IAG could make cost savings by pulling out of the Air Europa deal.

Walsh said the regulatory process was continuing but IAG was looking at it, and the price could be lowered.

“There is a price adjustment mechanism in the agreement that we have with Air Europa,” he said.

Walsh had been planning to retire in March but would now leave on September 24, IAG said, when the head of Iberia, Luis Gallego, will succeed him.

By then, IAG hopes its planes will be back in the air. It said on Thursday it was planning for flights to restart in July with passenger capacity about 50% lower, though the return was subject to the easing of travel restrictions.

As a debate intensifies over how to get airlines flying again while respecting social distancing, Walsh said IAG supported the use of temperature checks on departure and arrival, as well as mandatory face coverings.

“Our industry has had to adapt quickly to changing regulations in the past, we’ve done so, and we will do so again,” he said.

Looking to reshape its operations to cope with lower demand, IAG said it would seek to defer the deliveries of 68 aircraft, building on measures taken last week, when it said it would cut more than a quarter of BA staff.

IAG said it had reduced its weekly operating costs to 200 million euros since the crisis struck from 440 million euros, which analysts said was encouraging.

“We read this as more positive than negative in terms of how management are handling the current crisis, albeit with huge uncertainty still overhanging both the group and the industry as a whole,” Goodbody analyst Mark Simpson said.

Thu May 7 , 2020
MILAN (Reuters) – Global sales of luxury goods are expected to slump by 50% to 60% in the second quarter even as some countries begin to ease coronavirus lockdowns and despite signs of recovery in the Chinese market, consultancy Bain said on Thursday. FILE PHOTO: A Dior store in Paris, […] 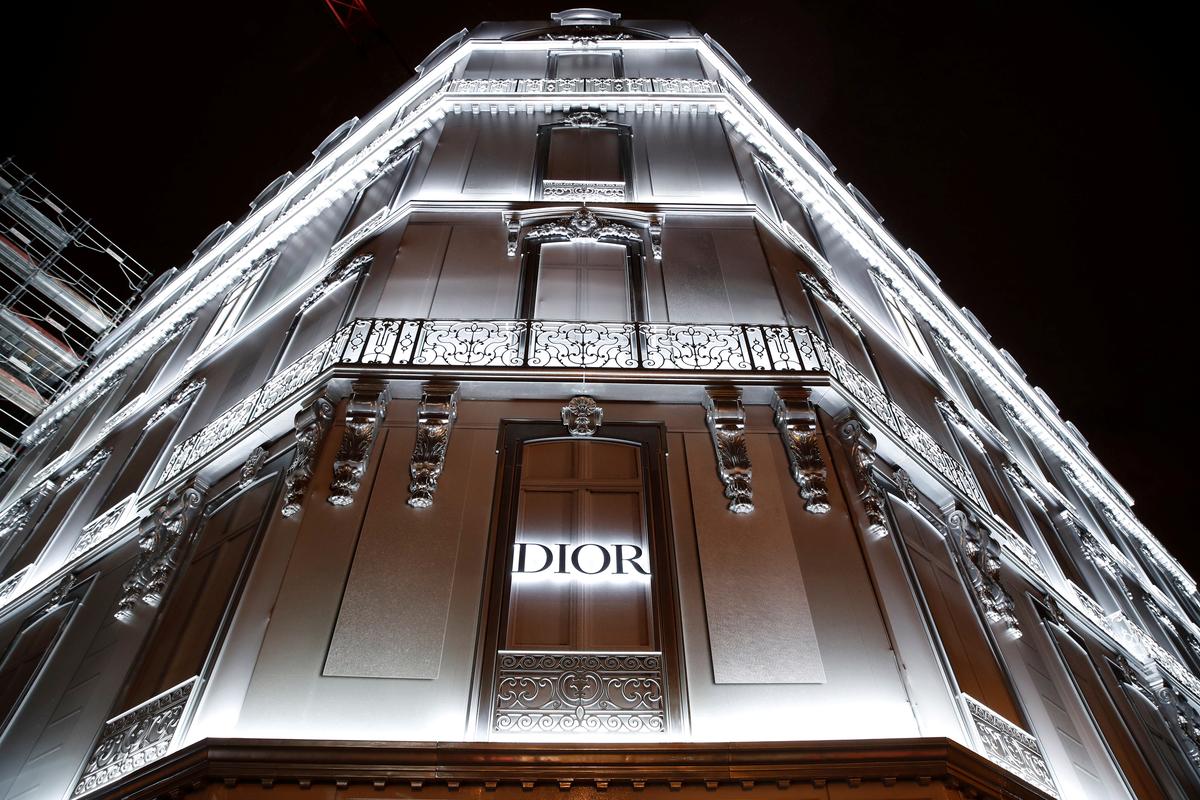