MILAN (Reuters) – Terms of a planned merger between Fiat Chrysler (FCHA.MI) and Peugeot-owner PSA (PEUP.PA) are set in stone, FCA’s chairman said on Wednesday, brushing off talk that some aspects of the deal might be re-negotiated because of the COVID-19 crisis.

FILE PHOTO: The logos of car manufacturers Fiat and Peugeot are seen in front of dealerships of the companies in Saint-Nazaire, France, November 8, 2019. REUTERS/Stephane Mahe/File Photo

FCA and PSA have entered a binding agreement to create the world’s fourth largest carmaker that FCA’s chairman John Elkann confirmed was expected to close in the first quarter of next year.

But FCA has come in for criticism in Italy over a 5.5 billion euro ($6.03 billion) special dividend that is part of the PSA deal after its local business said it was in talks with Rome and Intesa Sanpaolo (ISP.MI) over a 6.3 billion euro state-backed loan to cope with the COVID-19 crisis.

The potential payment of such a big dividend to shareholders when the coronavirus crisis has left cash-starved manufacturers pushing for government support has been questioned within Italy’s ruling coalition.

But FCA Chairman Elkann said the terms of the merger agreement had not changed.

“The terms of the FCA-PSA deal are set in stone as binding contracts in their nature are,” Elkann said in conference call after the annual shareholder meeting of Exor (EXOR.MI), the Agnelli family holding company which controls FCA.

“It was a clear cash and equity agreement to reach a 50-50 merger deal between FCA shareholders and PSA shareholders,” Elkann said.

“Both parties in FCA-PSA deal are committed to get parity in the merger deal.”

Elkann is also chairman and CEO of Exor.

The dividend – to be paid by parent company Fiat Chrysler Automobiles NV in the Netherlands – is a central part of the overall value of the merger, but Italy could look into it, a senior government source has said.

“This is a loan which is really designed to help the automotive sector in Italy which we know is a very important part of the Italian economy,” Elkann said, referring to the state-backed loan.

Treasury undersecretary Pier Paolo Baretta on Wednesday told Reuters that Rome might consider extending a ban on dividend payments for companies accessing state guarantee from an existing deadline of December 31, 2020 to a 12-month period following the loan guarantee concession.

“That would be reasonable. Doing more may hit the companies’ value,” Baretta said.

This could potentially complicate FCA’s plans, as the special dividend payment is due just before the closing of the merger with PSA.

Some analysts suggested some of the merger’s terms – in particular the amount of the special dividend, which was agreed before the coronavirus outbreak – could be reviewed to take account of the current state of the stock market and the automotive market and to preserve cash at the automaker.

Elkann said the reasons for FCA-PSA merger were “stronger than ever” and that preparatory work for the 50-50 tie-up was proceeding “on time and as envisaged.”

Wed May 20 , 2020
FILE PHOTO: The logo of German carmaker Volkswagen is seen on a new Golf car at Brussels Motor Show, Belgium, January 9, 2020. REUTERS/Francois Lenoir/File Photo BERLIN (Reuters) – Volkswagen (VOWG_p.DE) withdrew on Wednesday an advert posted on its official Instagram page for its Golf cars that it admitted was […] 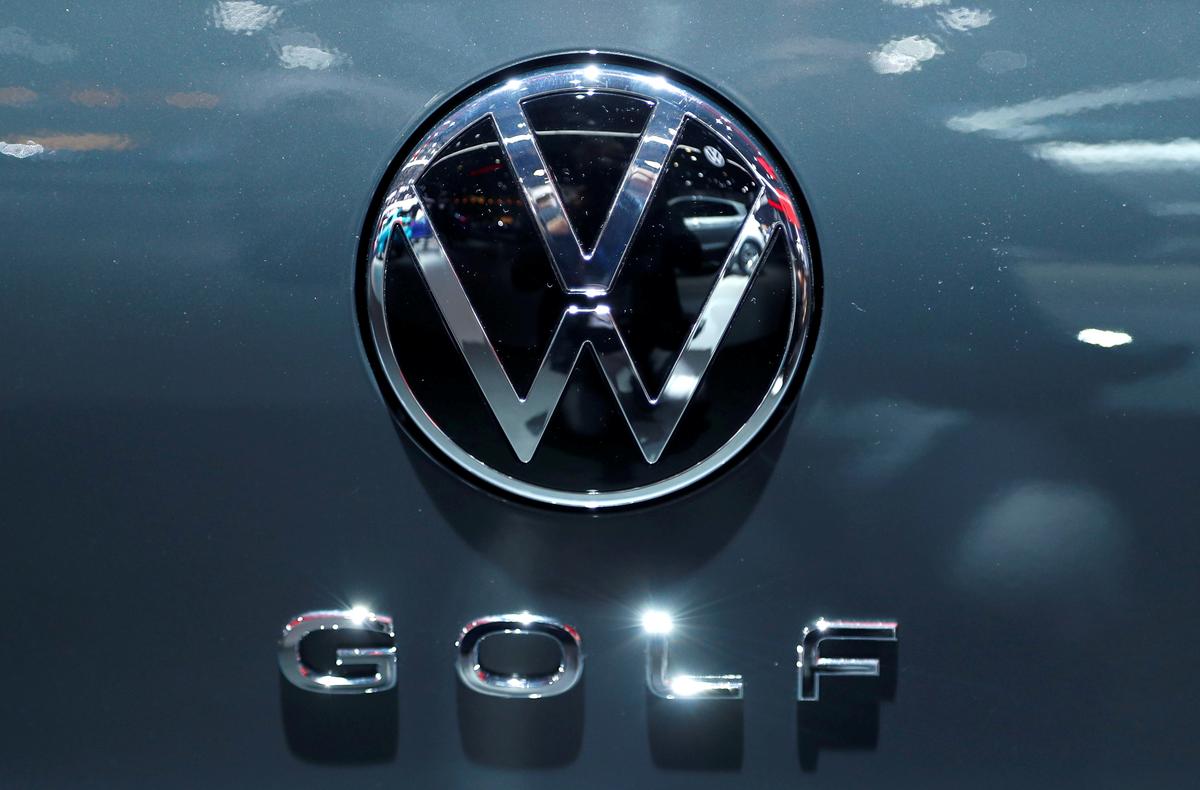