Ford, in collaboration with GE Healthcare, will leverage the design of Airon Corp.’s FDA-cleared ventilator to produce in Michigan.

Ford Motor and GE Healthcare plan to produce 50,000 ventilators within the next 100 days at a facility in Michigan amid the coronavirus pandemic.

Production of the critical care devices is expected to begin with United Auto Workers union members the week of April 20, according to executives at both companies. Ford’s Rawsonville Components Plant in Ypsilanti, Michigan will be able to produce 30,000 ventilators a month after early-July, officials said.

The design of the ventilator is being licensed by GE Healthcare from Florida-based Airon Corp., a small, privately held company specializing in high-tech pneumatic life support products. The devices are simpler, less complex than other GE ventilators Ford is assisting the company in producing at other facilities.

Ford, according to executives, does not have any private customers at this time to purchase the ventilators and is “working closely” with government officials to fulfill needed demand.

The announcement comes three days after President Donald Trump ordered Ford’s crosstown rival, General Motors, to make ventilators under the Defense Production Act hours after criticizing the company for not acting quickly enough to produce the devices amid the coronavirus pandemic.

The Korean War-era statute can force certain American companies to produce materials that are in short supply in the face of the growing outbreak.

Mon Mar 30 , 2020
CHICAGO (Reuters) – U.S. senators are calling for investigations of record profit margins for beef processors like Tyson Foods (TSN.N) and Cargill, after ranchers complained surging meat prices due to coronavirus hoarding did not translate into higher cattle prices. FILE PHOTO: A shopper picks over the few items remaining in […] 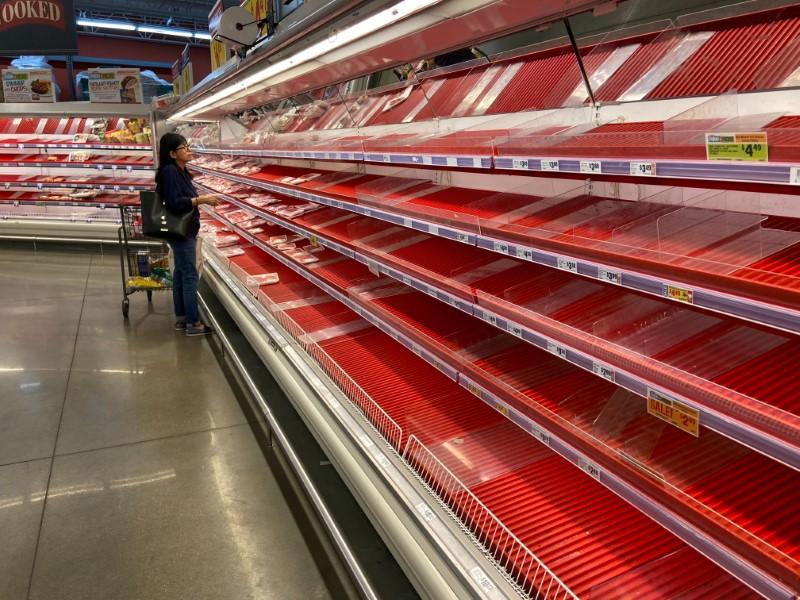