Workers do final preparations on a Kodak stand on the eve of CES in Las Vegas, Nevada on January 8, 2018.

Kodak — Kodak shares slid more than 30% after a federal agency said its $765 million loan for the company, which would have helped the company launch a pharmaceuticals unit, has been put on hold. “Recent allegations of wrongdoing raise serious concerns. We will not proceed any further unless these allegations are cleared,” the U.S. International Development Finance Corporation said in a tweet. The move comes amid a report from The Wall Street Journal that the company is under investigation by the SEC over how it disclosed the loan, which kicked off a frenzy of trading activity in the stock.

Simon Property Group — The mall-owner is in talks with Amazon about using former J.C. Penney and Sears stores as fulfillment centers, according to a report from The Wall Street Journal. The report sent Simon Property shares up more than 8% on Monday.

McDonald’s — McDonald’s dipped 0.5% after the fast food chain said it is suing its former CEO, Steve Easterbrook, for allegedly lying during the company’s internal probe into his behavior. The investigation allegedly revealed that Easterbrook destroyed information regarding his inappropriate behavior, including three alleged additional sexual relationships with employees before his firing.

MercadoLibre — Shares of the South American e-commerce company fell by 6.6% after the company announced its second quarter results. MercardoLibre beat Wall Street estimates on the top and bottom lines, according to FactSet, but its gross profit margin declined from the same quarter last year. The company’s stock had more than doubled so far this year as the pandemic increased demand for online shopping.

Seres Therapeutics — The Massachusetts-based company saw its stock skyrocket by more than 300% on the back of positive Phase 3 trial results for a drug aimed at treating colon infections.  “We are extremely pleased with these highly clinically meaningful SER-109 Phase 3 study results, greatly exceeding the statistical threshold provided by the FDA,” CEO Eric Shaff said in a statement.

SeaWorld Entertainment — Shares of the parks and entertainment company dropped more than 1% following its dismal quarterly earnings. SeaWorld reported a loss of $1.68 per share, compared to the expected loss of 97 cents per share. Revenue came in at $18 million, well below the estimated $39.9 million, according to Refinitiv.

Berkshire Hathaway — Berkshire Class B shares climbed as much as 1.4% after Warren Buffett’s conglomerate said over the weekend that it repurchased a record value of its own equity in the second quarter. Berkshire said on Saturday that it repurchased $5.1 billion worth in stock in May and June, more than the conglomerate spent on buybacks across all of 2019. The stock later gave back most of its gains to trade 0.4% higher.

Foot Locker — The apparel retailer’s stock jumped by more than 7% after Foot Locker said its same-store sales increased by 18% during the fiscal second quarter. The company’s adjusted earnings estimate was higher than what analysts were expecting, according to FactSet. Foot Locker is slated to report its full quarterly earnings on Aug. 21.

Majesco — The New Jersey-based insurance software company rallied more than 23% on news it will be acquired by private-equity firm Thoma Bravo for $16 per share, or nearly $730 million. The deal is expected to close by the end of 2020.

Insurers must refine their focus for innovation strategies

Mon Aug 10 , 2020
One roadblock getting in the way of many insurers’ digital transformations is their “lack of focus,” according to Colleen Wells (pictured), vice president of product strategy at Sapiens International Corporation – a global insurance software solutions provider. Too often, firms are trying to find the magic solution that will fix […] 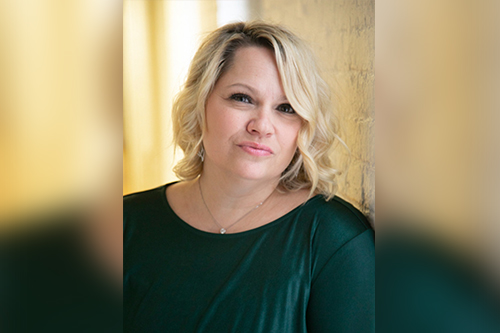