Twitter CEO and co-founder Jack Dorsey gestures while interacting with students at the Indian Institute of Technology (IIT) in New Delhi on November 12, 2018.

Las Vegas Sands, Kohl’s, Gap, MGM Resorts — These stocks all rose sharply as hopes of a broader reopening of the U.S. economy increased with some states easing stay-at-home orders and allowing some businesses to resume operations. Las Vegas Sands and Kohl’s both gained over 8% while Gap advanced 7.3%. MGM Resorts traded nearly 9% higher.

Twitter — Twitter gained more than 4% after Mizuho upgraded the social media company to neutral from underperform, saying the coronavirus impact is already reflected in the stock price. Twitter is set to report its quarterly earnings on Thursday.

Caterpillar — Caterpillar dropped 1.6% on Monday after Morgan Stanley downgraded the machinery stock to underweight from equal-weight. The bank said in a note to clients that a multi-year downturn in non-residential construction could hurt the stock. The industrial bellwether is slated to release its quarterly earnings on Tuesday morning.

Beyond Meat — Beyond Meat fell more than 5% after UBS downgraded the plant-based meat producer to sell from neutral, saying the rebound doesn’t price in the risk of an economic downturn. Still, the stock is up more than 35% this year amid meat shortage fears. It also posted its best weekly performance last week since going public in May.

Deutsche Bank — The U.S.-listed shares of the German bank rose more than 11% on the back of a surprising preliminary profit for the first quarter. Deutsche posted a net income of 66 million euro after analysts expected the bank to post a loss.

Gilead Sciences — The pharmaceutical company slipped 1% on Monday morning after UBS downgraded the stock to neutral from buy. The bank said in a note that it still believes the company’s remdesivir drug has a good chance at being effective against Covid-19, but that it may not turn into a near-term windfall for the company. The stock has been volatile in recent weeks amid reports of how the drug is faring during clinical trials.

Big Lots — Big Lots jumped 9% after the retailer said it continues to exceed its sales expectations as its stores remain open for business amid the coronavirus pandemic. The company said it experienced a significant acceleration of sales in the last two weeks. The stock has soared more than 50% this month alone, on pace for its best month since February 1999.

Regeneron Pharmaceuticals — Regeneron shares dropped more than 2% after the company said a U.S. trial using Kevzara to treat coronavirus didn’t have a notable benefit on patients who were severely and critically ill.

Tesla — Shares of the electric vehicle maker jumped more than 8% after the company asked dozens of employees to return to work on Wednesday in order to resume production at the Fremont, California car plant, according to internal correspondence shared with CNBC. The company will adhere to a “minimum basic operations” local health order at the plant until end-of-day March 3.

Bed Bath & Beyond — Bed Bath & Beyond shares jumped more than 15% after the company said digital sales have grown by over 85% so far in April. The firm also said that its stores across the U.S. and Canada, apart from Buy Buy Baby and Harmon Face Values, will remain closed until at least May 16. Shares have dropped 65% this year.

Revlon — The cosmetics company gained 5% after obtaining an additional $100 million in financing to mitigate the blow from the coronavirus downturn.

Embraer — Embraer shares dropped more than 11% after Boeing terminated a deal to buy 80% of the Brazilian company’s commercial jet business.

Mon Apr 27 , 2020
MILAN (Reuters) – Fiat Chrysler (FCHA.MI) resumed van production on Monday at its Atessa plant in central Italy, a week before the country plans to start lifting a national lockdown put in place to limit the spread of the coronavirus. FILE PHOTO: The logo of car manufacturer Fiat is seen […] 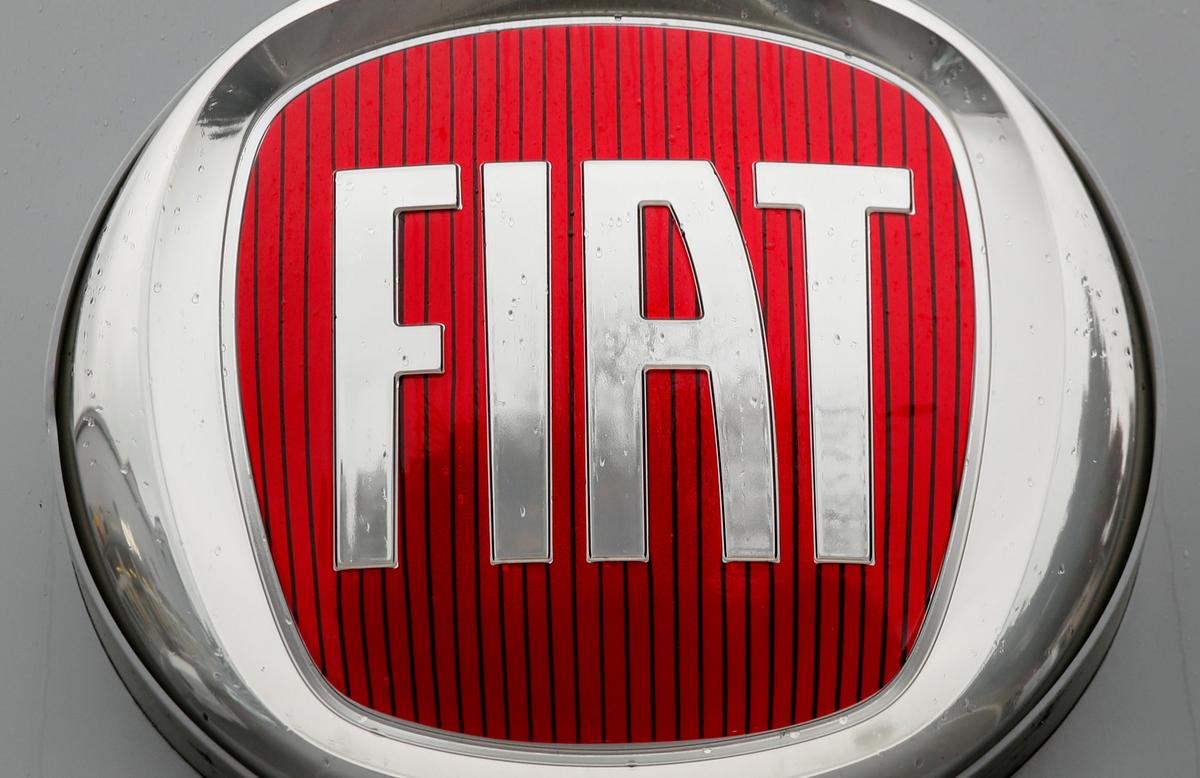