(Reuters) – Macy’s Inc (M.N) plans to reopen 68 U.S. stores on Monday in states that have loosened coronavirus lockdowns, the department store operator said on Thursday, as more retailers sought to get business going after a crushing month of closures.

Cincinnati, Ohio-based Macy’s, the largest U.S. department store operator by sales, said it expects to have all of its roughly 775 stores reopened in six weeks, if infection rates taper off as projected and state and local governments allow it.

The next batch of roughly 50 stores is scheduled to reopen May 11, it said.

Macy’s shares were down roughly 7% in early morning trading.

Earlier this month, Reuters reported that Macy’s hired investment bank Lazard Ltd (LAZ.N) to explore options for bolstering its finances after the department store operator lost most of its revenue because of its decision to shut down all its stores amid the outbreak, people familiar with the matter said.

The reopening plan, first reported by the Wall Street Journal, follows moves by other major retailers judged “non-essential” in the crisis to get business at their physical stores going again, albeit slowly and with restrictions in place.

Coach handbag maker Tapestry Inc (TPR.N) also said on Thursday it would start reopening some stores in North America, as it tries to recover from the damage to its sales caused by the lockdowns.

Reporting by Patrick Graham and Saumya Sibi Joseph in Bengaluru and Melissa Fares in New York; Editing by Saumyadeb Chakrabarty and Paul Simao

Thu Apr 30 , 2020
(Reuters) – McDonald’s Corp (MCD.N) missed Wall Street estimates for quarterly profit on Thursday as some restaurants in Europe and elsewhere remained closed to curb the spread of the coronavirus pandemic. FILE PHOTO: Yandex.Eats food delivery courier rides a scooter among plastic-wrapped tables of McDonald’s restaurant, as the spread of […] 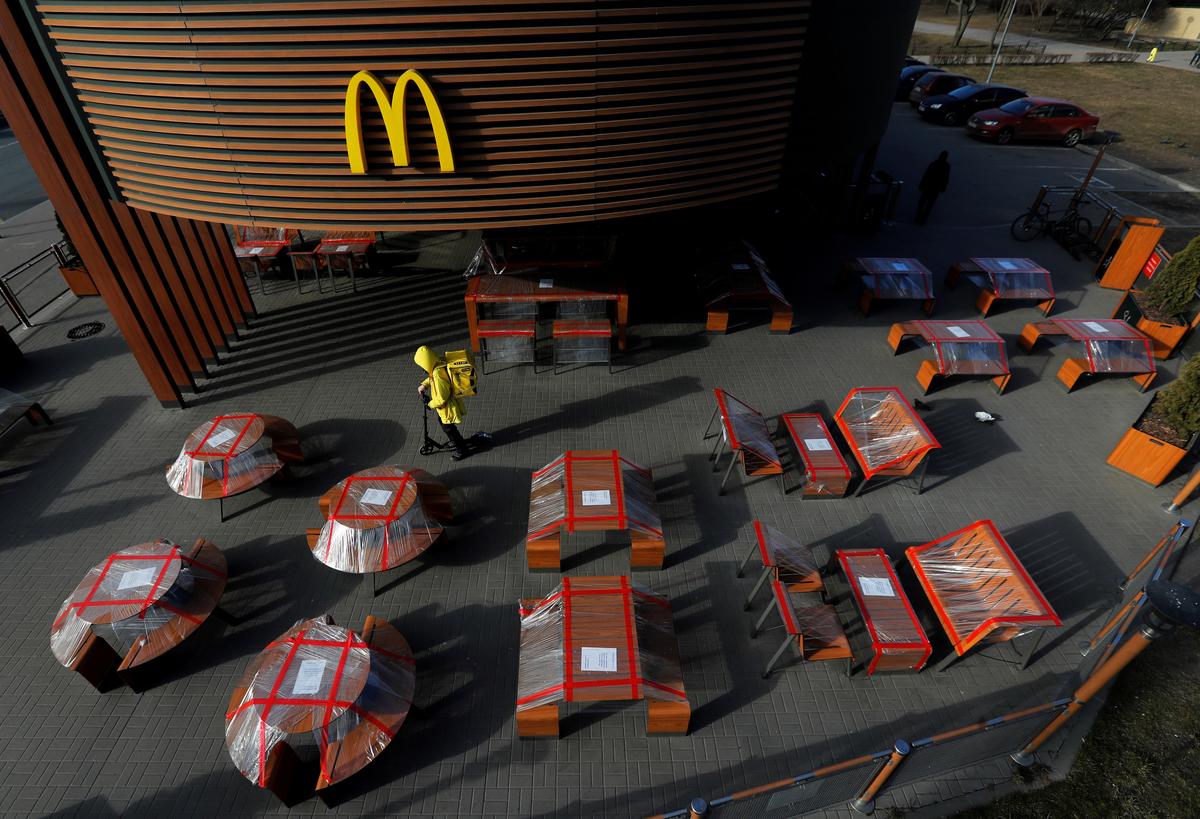