The woman rejected Lee, saying that she wanted the relationship to be purely professional.

However, this did not stop Lee, and he began sending the woman romantic messages and later sending gifts to her office during special occasions, despite her making clear that she was not interested romantically with him. She also pleaded with him to stop sending gifts, fearing that she might get into trouble with her work superiors.

In 2019, Lee’s pestering took a turn for the worse, as he began physically following her. In the first instance, he followed her on the MRT train until she reached her workplace. On the second time, he spotted her as she met two clients at a café along Gopeng Street. Fearing for her safety, she asked her clients to accompany her, and it took quite some time before Lee would leave.

In the most recent incident, in February 2020, Lee followed the woman to her workplace and entered the same lift. She tried moving to a different lift but he still kept on following her. This led the victim and her co-workers to ask for help from building security and the police.

According to the report, the woman was unable to block Lee from contacting her as they still had a client relationship and the insurance policy was still active. Lee also threatened to terminate the insurance policy, which would have negatively affected her work, the prosecution said.

Lee pled guilty to one count of unlawful stalking. The prosecution sought the maximum fine of SG$5,000, while the defence argued for SG$3,000. Aside from the fine, unlawful stalking may also carry a one-year jail sentence. 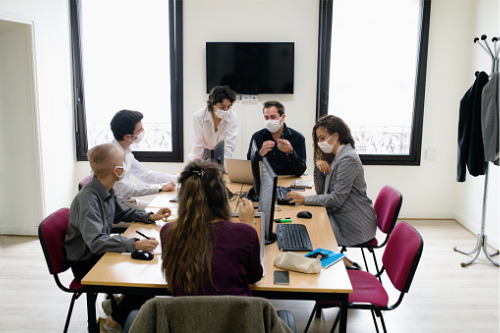