LONDON (Reuters) – Oil prices rose on Thursday on expectations the world’s leading crude producers will overcome obstacles at a meeting later in the day that have so far prevented a deal to cut output in response to a collapse in global demand.

The Organization of the Petroleum Exporting Countries (OPEC) and allies including Russia – a group known as OPEC+ – are set to hold a video conference on Thursday at about 1400 GMT.

Hopes of a deal to cut 10 million to 15 million barrels per day (bpd) rose after reports that Russia was ready to reduce its output by 1.6 million bpd and Algeria’s energy minister said he expected a fruitful meeting.

Such a sizable reduction would be far bigger than any OPEC has agreed before but Russia has insisted it will only reduce output if the United States joins the deal.

To boost prices, Thursday’s meeting will need to be more successful than the OPEC+ gathering in March, when it failed to agree to extend much smaller supply cuts, resulting in Saudi Arabia and Russia pledging to flood the market with cheap oil.

U.S. President Donald Trump said on Wednesday that U.S. oil producers were already cutting production and warned that he had many options if Saudi Arabia and Russia failed to reach a deal.

The reference baseline for any cuts was also still unclear.

For a Factbox on the obstacles in the way of a global output reduction deal, click on

Following the OPEC+ meeting, energy ministers from the Group of 20 major economies are set to meet.

However, with oil prices having halved since the start of the year and global oil demand forecast to slide as much as 30%, some analysts remain sceptical about how effective an OPEC+ cut would be in shoring up prices.

“Ultimately, the size of the demand shock is simply too large for a coordinated supply cut,” Goldman Sachs said in a note.

UBS expects oil demand this quarter to fall by about 20 million bpd, down 20% from a year earlier.

“Even if a production-cut agreement is reached, which will surely give prices a short-term boost, we believe the enthusiasm will subside at some point and the reality of the size of the demand imbalance will eventually hit the market,” said Rystad Energy’s head of oil markets Bjornar Tonhaugen.

Automakers push to reopen plants with testing and lots of masks 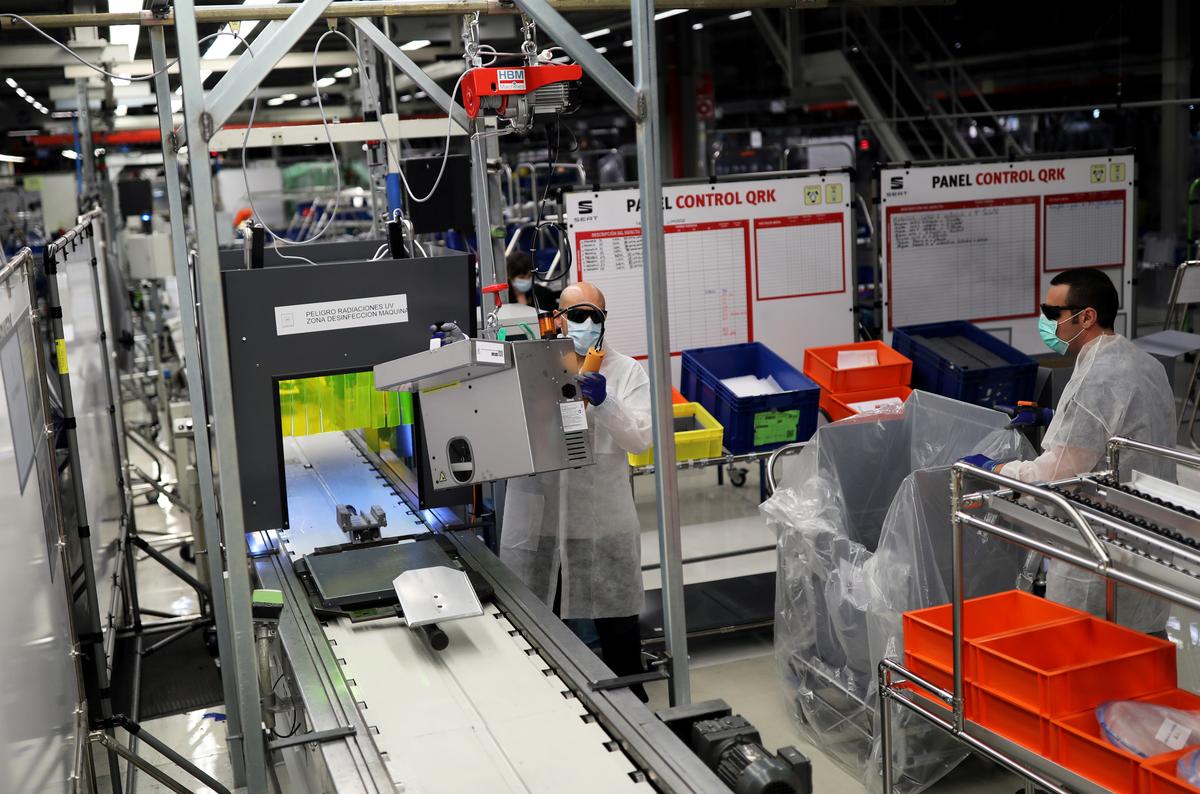