NEW YORK (Reuters) – As Wall Street stocks pause for breath following a blistering three-week surge, signals from the options market are suggesting that some investors believe the gains may endure.

The Cboe Volatility Index , known as “Wall Street’s fear gauge,” ended below 40 on Tuesday for the first time since March 5, after rising as high as 82.69 during a sell-off that took the S&P 500 down as much as 34% from its peak.

That 40 level is a significant one for some VIX watchers: The previous bull market began in March 2009, when the VIX fell to similar levels after having hit a closing high of 80.86 in November 2008.

Investors are digesting a rally in which the S&P 500 .SPX benchmark index has soared 24% from its March lows in the midst of the spreading coronavirus pandemic. While some market participants have taken heart from unprecedented stimulus measures from the Federal Reserve and the U.S. government, few can predict when the state-by-state lockdowns that have virtually shut down the entire country will ease, what trajectory the pandemic will take or the scope of its damage to the economy.

While plenty of uncertainty remains, the majority of options indicators “are pointing in the right direction,” said Randy Frederick, vice president of trading and derivatives at the Schwab Center for Financial Research.

Volatility crept higher on Wednesday. The VIX moved back above 40 as the S&P 500 .SPX fell following data on steep drops in U.S. retail sales and factory output.

Even so, other bullish signals formed over the last few days have not been obscured.

Movement in ratios comparing the volume of put options, used for downside protection, to that of call options, used to position for market gains, has suggested easing demand for portfolio hedges. One such measure, the ISEE Sentiment Index, jumped to its highest level since late November on Monday, even as U.S. stocks fell.

VIX futures also reflect expectations that the coming weeks are unlikely to feature the sort of turbulence that rocked markets in March. The inversion – or backwardation – of the VIX futures term structure, in which prices for front-month contracts are higher than those for later-dated contracts, has become less steep over the past few weeks.

Yet there are few signs that markets will soon return to the kind of placid trading that was a hallmark of the months leading up to the coronavirus outbreak. The term structure has not reverted to its usual upward slope, where later-dated contracts are more expensive than earlier-dated ones, indicating that expectations of near-term volatility persist, analysts said.

At the same time, benign configurations in VIX futures have not always held up, analysts warned.

In March 2008, for instance, the term structure flattened after the VIX momentarily peaked amid the collapse of Bear Stearns, but it eventually inverted again. Stocks made deeper lows in October of that year amid the fallout from the global financial crisis.

Other strategists have noted that as the term structure has flattened, volatility expectations have stayed high for later months, in a possible signal of concerns about lingering effects of the coronavirus outbreak.

“We’re not out of the woods from a volatility standpoint,” he said.

Thu Apr 16 , 2020
FILE PHOTO: People walk by the JP Morgan & Chase Co. building in New York in an October 24, 2013 file photo. REUTERS/Eric Thayer/File Photo (Reuters) – The top U.S. retail banks said on Wednesday they would provide relief to customers who had overdrawn checking accounts, so that they could […] 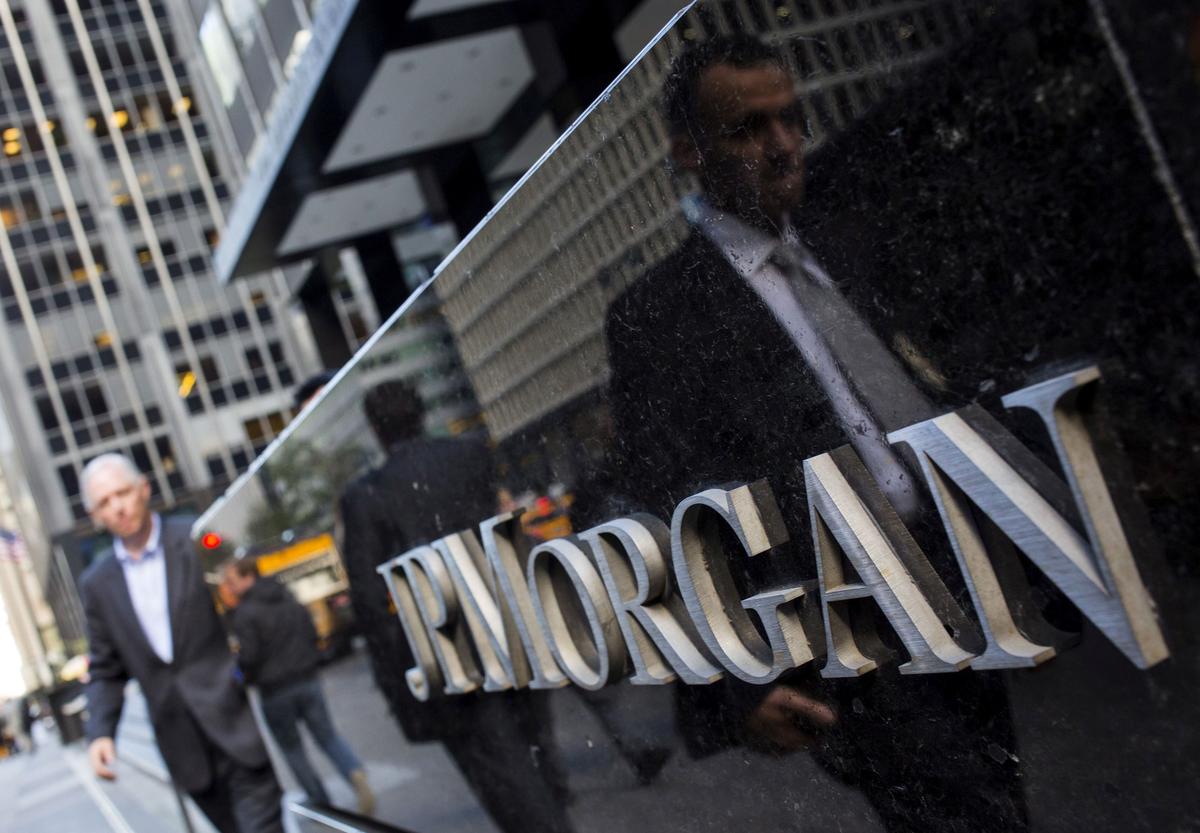