A wave of major companies are suddenly letting people finance everything from video game consoles to hair products in smaller, monthly payments.

These so-called installment loans have been around for decades, and historically used for big-ticket purchases such as furniture. But online payment players and fintechs are rushing to launch their own version of a “pay later” product for online items in the hundreds of dollars.

“There’s no question this is on the rise,” said JMP Securities analyst David Scharf. “The application of pay later in a digital environment has definitely gained traction.”

This week, Microsoft announced it would let consumers finance the new $499 XBox in monthly payments, through a partnership with Citizens Bank in the U.S., and fintech company Klarna in the U.K. PayPal announced an installment product last week, and Mastercard and Fiserv both announced new partnerships to expand installment options in recent days. American Express, Citi and J.P. Morgan Chase are offering similar products.

The point-of-sale loans lets consumers buy something in increments, often without interest. Companies may eventually charge interest down the road, as well as late fees or processing fees. Similar to a credit card issuer, they may also get a percentage of the transaction price. More than a third of U.S. consumers have used a “buy now, pay later” service, according to a study published this summer by Ascent. The majority of those those surveyed used it to avoid paying credit card interest, or buy something “not in their budget.”

“Their sweet spot is young adults, particularly those who want to buy something now and don’t necessarily have the money on hand,” said Ted Rossman, an analyst at CreditCards.com. “These individuals are often wary of debt and may not have a ready alternative such as a credit card.”

“You can still get into trouble if you don’t make the payments —  the biggest downside is that it’s people are using it without totally understanding what it means,” Dann Albright, financial research analyst at The Ascent, told CNBC. “There are still late fees, interests on late fees, and interest payments for most of the plans but it’s not always clear what those are.”

Another potential downside is that most of these programs don’t help you build credit, because they don’t typically report to credit bureaus, Creditcard.com’s Rossman told CNBC. Affirm reports to Experian, for example, but popular start-ups Afterpay and Klarna, don’t. Some resort to collections agencies if needed, and can bar you from future payment plans if you fall behind.

Doug Bland, PayPal senior vice president of global credit, said the PayPal “Pay in Four” product was aimed at helping businesses drive sales without increasing costs, and giving consumers more flexibility. Like anything, Bland said there may be outliers of the “extreme” when it comes to overspending. But he predicted consumers will use installments in a healthy way.

“That’s certainly not something that that we want to see happen and we’re incredibly sensitive to ensuring that people understand the use of the product,” Bland told CNBC. “For the most part, people are going to use this in a responsible way.”

Thu Sep 10 , 2020
If you needed proof of the pelting that the insurance industry has taken at the hands of the coronavirus, then look no further than Lloyd’s of London. It is predicting payouts of up to £5 billion (around SG$8.8 billion) after reporting a £400 million (around SG$710.6 million) loss in the […] 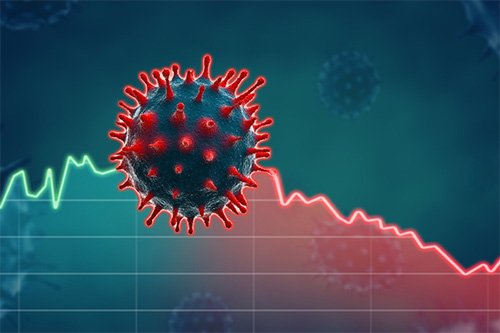