The 2021 iteration of the Domestic Payments Jury Report shows domestic schemes morphing into new payments channels in response to the COVID-19 pandemic – and challenging our perception of what it means to be a “domestic” payment scheme.

This report solicited responses from 43 domestic payments players globally, with the majority of respondents coming from Europe, the Middle East and Africa.

Around the world, the report found evidence of so-called “domestic” payment schemes branching out to offer regional and international competition to international card schemes.

Russia’s MIR – long the dominant player in its home market – has now expanded to include states adjacent to Russia such as Bylorussia and Kazakhstan.

According to respondents, the key advantages of domestic schemes over international card schemes are lower cost, a better understanding of what consumers and merchants need from payments, and greater flexibility and responsiveness to market needs.

In particular, the report says that the costs of international card schemes can often be prohibitive to smaller, non-chain merchants, even if they enjoy high transaction volumes. 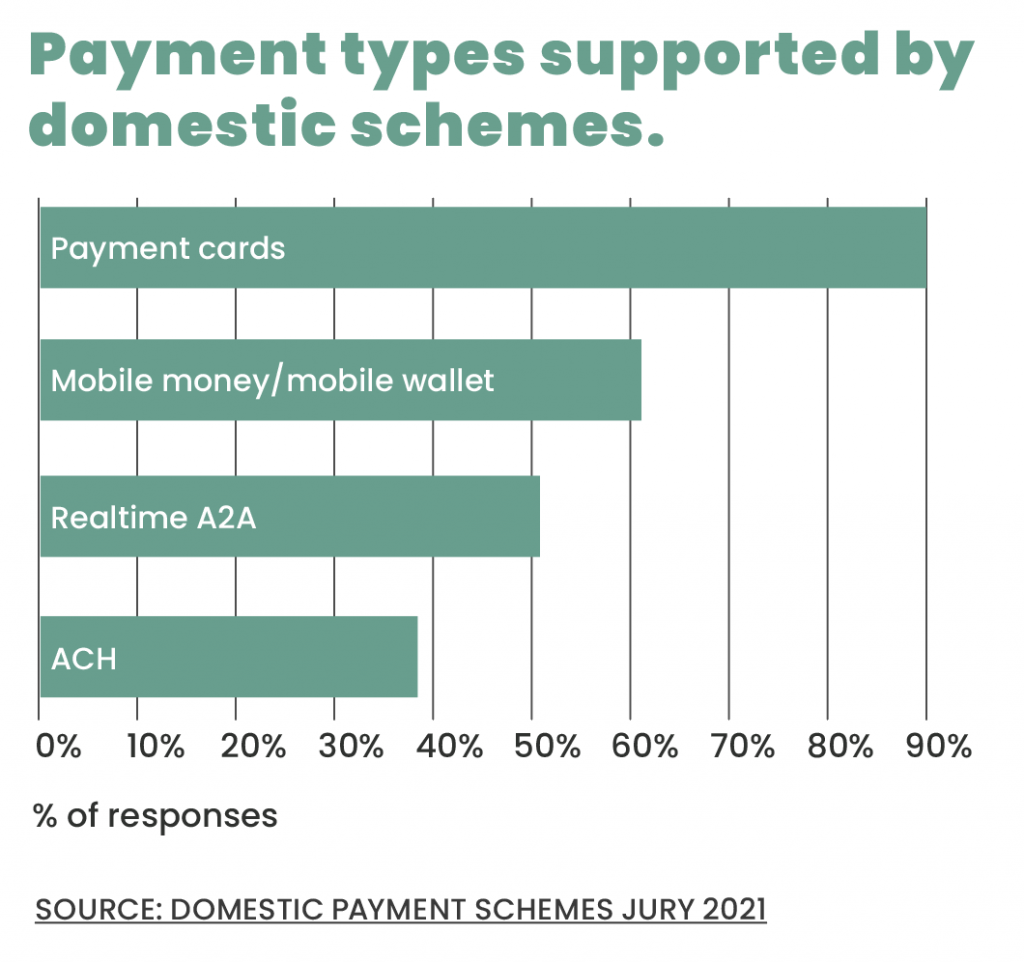 Meanwhile, the international giants have justified their higher fees by virtue of having to invest in a global acceptance network, expensive brand-building schemes, and product innovation.

For reasons outlined below, it appears as if these perceptions are changing. In 2018, for instance, 80 percent of domestic schemes claimed to charge half the fees demanded by the international brands.

By 2021, this figure had fallen to 63 percent – suggesting that, in some markets at least, the international giants have woken up to the competition.

At the same time as domestic schemes are losing their somewhat stuffy image of being focused on lower-value domestic debit transactions, both the range of customers they serve and the range of services they offer are changing fast.

Whereas they have traditionally been the province of retail banks in a single market, now three-quarters of the domestic schemes participating in this report say they also serve non-bank customers, including 58 percent who supply payment services to FinTechs and digital payment service providers (PSPs).

This change in the user base for domestic schemes comes as they report a switch-up in the services they offer.  Around half of the schemes surveyed now offer direct account-to-account payments, a huge increase over the 20 percent seen just a few years ago, with almost four in ten schemes now also offering ACH services for the instant transfer of larger sums in a business-to-business context.

Finally, domestic schemes continue to recognise the need to innovate, although almost half of schemes said that the pandemic had hampered their capacity for innovation, likely owing to a drop in revenues.

Unsurprisingly, most pointed to the need to develop their digital capabilities, while 72 percent said they intended to upgrade or merge their real-time payments and account-to-account payments rails.

Intriguingly, domestic schemes now see the potential of a crypto instrument via social media (such as Facebook’s Diem) as the biggest disruptor to their business, rather than any product from an international payment scheme.

PCM has long championed the importance of domestic schemes based on our extensive research into 43 markets across Europe and Central Asia.

This report has much to recommend it, not least the revelation that many domestic schemes are now migrating from being single-market focused to becoming regional players.

Examples not cited in this report include Mastercard’s P27 project in the Nordics, and the intent of Norwegian domestic wallet scheme VIPPS to branch out into other European markets.

Perhaps most interestingly of all, domestic schemes no longer identify international players as their biggest threat, believing instead that crypto payments delivered via social could be a market disruptor.

Crawford executive named Woman of the Year at global awards

Fri Sep 24 , 2021
Crawford & Company, the world’s largest publicly listed independent provider of claims management and outsourcing services to carriers, brokers and corporations, has announced that Marie Velez (pictured above), vice president of finance at Crawford & Company in Latin America, has been named Woman of the Year at the Stevie International […] 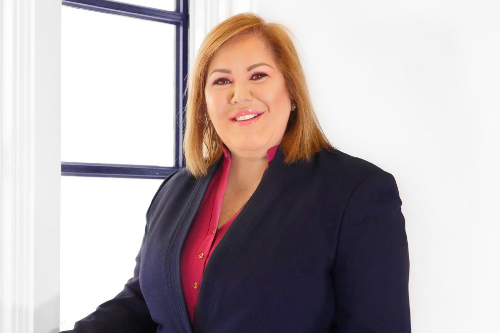