(Reuters) – The Trump administration has ended a two-year rent holiday for solar and wind projects operating on federal lands, handing them whopping retroactive bills at a time the industry is struggling with the fallout of the coronavirus outbreak, according to company officials.

The move represents a multi-million-dollar hit to an industry that has already seen installation projects canceled or delayed by the global health crisis, which has cut investment and dimmed the demand outlook for power.

It also clashes with broader government efforts in the United States to shield companies from the worst of the economic turmoil through federal loans, waived fees, tax breaks and trimmed regulatory enforcement.

Officials at two other renewable projects also confirmed they had received retroactive rent bills from the federal government but asked not to be named discussing the issue as the industry continues to lobby the government for support to weather the downturn.

Some 96 utility-scale solar, wind and geothermal projects operate on lands run by the Interior Department’s Bureau of Land Management, according to The Wilderness Society and Yale Center for Business and the Environment.

The bills came as a surprise, said Shannon Eddy, executive director of the Large-scale Solar Association, a trade group for owners of big solar farms. But she said some companies had likely set funds aside in case the bills ever came.

The Interior Department had stopped charging the rents at the end of 2018 to review company complaints that former President Barack Obama’s administration had increased them too much, making them uncompetitive with rents on private property.

The Interior Department declined repeated requests to comment on the outcome of that review, or the issuance of the retroactive rent bills.

The rent bills landed around the same time the Bureau of Land Management notified oil and gas drillers on federal lands of the procedures they would need to follow to get relief from paying royalties amid an oil market slump.

The administration has also expanded the drilling industry’s access to economy-wide government lending facilities and is contemplating ways to pump additional billions of dollars into the sector through tax breaks.

The Nuclear Regulatory Commission, meanwhile, recently agreed to a 90-day fee deferral for nuclear power plant owners due to economic disruptions caused by the pandemic.

Renewable companies are also facing significant headwinds from the coronavirus. Project delays have threatened their ability to tap lucrative federal subsidies needed to compete with fossil fuels and cut the growth outlook for U.S. wind and solar installations by 5% and 10%, respectively, this year, according to the Energy Information Administration.

The industry likes to site its projects on federal lands, particularly near large Western population centers such as Southern California, because they offer ample undeveloped space.

Officials from NRG, Clearway and Southern declined to comment and NextEra did not reply to requests for comment.

BLM increased the annual amounts renewable energy companies pay in rent during the final weeks of the Obama administration. The rents are calculated based on acreage, as well as the amount of power and the type of technology being used to generate it.

Many Western lawmakers, including Wyoming Senator John Barrasso and Alaska Senator Lisa Murkowski, both Republicans, have sided with the wind and solar industries in opposing the higher rents.

Mon May 18 , 2020
TOKYO (Reuters) – Japan’s economy slipped into recession for the first time in 4-1/2 years in the last quarter, putting the nation on course for its deepest postwar slump as the coronavirus crisis ravages businesses and consumers. Monday’s first-quarter GDP data underlined the broadening impact of the outbreak, with exports […] 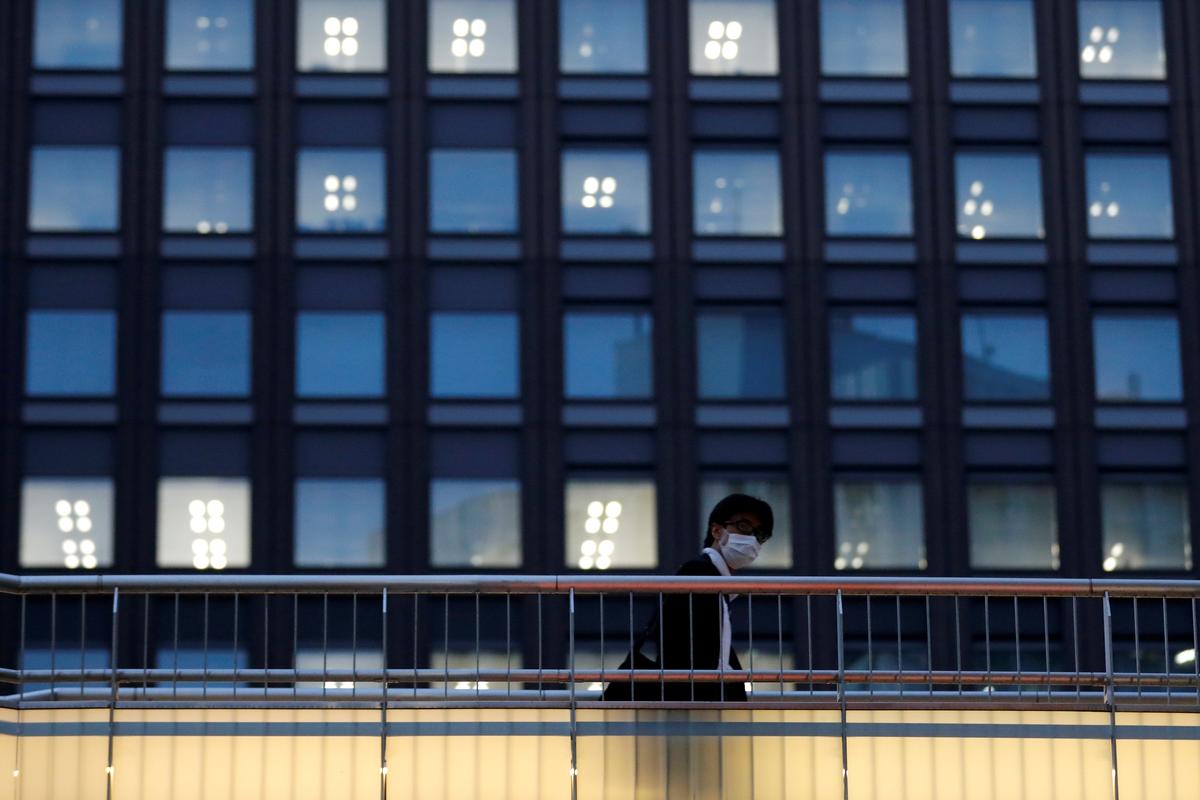