WASHINGTON (Reuters) – The U.S. Postal Service on Friday said its losses more than doubled to $4.5 billion in the quarter ending in March and warned the economic slowdown spurred by the spread of COVID-19 could severely hurt its finances over the next 18 months.

The Postal Service’s Board of Governors also met on Friday and said the service needs financial help from Congress to maintain service at current levels. The White House has threatened to block aid that Congress has already approved during the pandemic, and has accused the Postal Service of charging too little to package shippers such as Amazon.com Inc (AMZN.O).

“The stark reality is that the pandemic will cause meaningful near-term and long-term implications, from the steep decline in revenue we will suffer this year and in the coming years. That will endanger our ability to fulfill our universal service missions absent congressional intervention,” said Postmaster General Megan Brennan, who steps down June 15.

She said the Postal Service had requested funding from Congress and unrestricted access to borrowing. She told a congressional committee last month that the new coronavirus alone could mean $13 billion in lost revenue this year.

To determine what it pays for workers’ compensation each quarter, the Postal Service calculates potential costs related to injuries and other problems. It then determines how much it must invest to have those funds available when needed. Lower interest rates because of the economic slowdown related to the pandemic require more investment.

The meeting comes two days after the governors announced they had selected Republican donor Louis DeJoy to be the next postmaster general.

The Postal Service has been struggling for years as online communication has replaced letters, and after a 2006 law required it to pre-fund employee pension and retirement health care costs for the next 75 years. It is funded entirely through services and postage and has been further hurt as advertisers have decided to reduce mail during the pandemic.

Congress has authorized the Treasury Department to lend the Postal Service up to $10 billion as part of a $2.3 trillion coronavirus stimulus package. President Donald Trump has threatened to block that aid.

Trump has frequently criticized the post office, saying it charges too little to deliver packages sent by online retailers such as Amazon, whose founder and Chief Executive Jeff Bezos also owns the Washington Post, which has been critical of the president.

E-commerce packages account for most of the USPS Parcel Select business, which brought in revenue of $6.8 billion on the delivery of 2.9 billion packages during the fiscal year ended Sept. 30, 2019.

The three largest USPS customers – identified by experts as Parcel Select users Amazon.com, United Parcel Service Inc and FedEx Corp (FDX.N) – account for 8.5% of its operating revenue. USPS makes money on every package, based on a review by the Postal Regulatory Commission. Shippers get discounted rates for some U.S. ZIP codes, but not on roughly 23,000 ZIP codes outside of urban areas where it is more competitive, said Robert Fisher, a postal consultant and a former USPS executive.

Delivering to far-flung doorsteps in more-remote areas is expensive and few shippers want to pay extra fees that companies like UPS and FedEx tack on to cover the cost. Fisher doubted the USPS will disappear. “It’s not going to happen anytime soon because approximately one out of three Amazon packages is still delivered by the Postal Service, and it will be skewed towards the places where it’s more expensive for them to do it themselves,” he said.

The pandemic has also boosted interest in expanding options to vote by mail rather than crowding into polling places, making it more important that funding extends past November for the presidential election.

Fri May 8 , 2020
NEW YORK (Reuters) – The fed funds futures market is pricing in negative U.S. interest rates next year, a scenario the Federal Reserve has said it wants to avoid as many doubt that it would be an effective tool to stimulate growth. FILE PHOTO: The Federal Reserve building is set […] 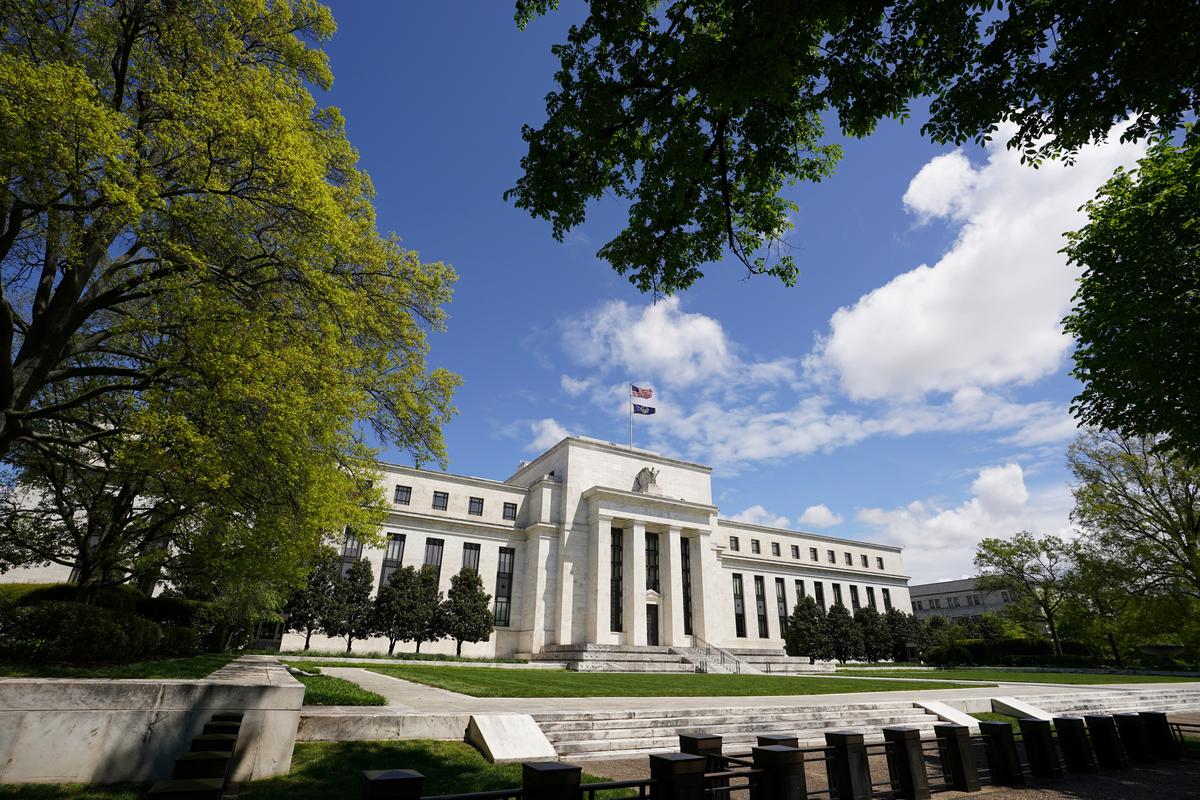