Walgreens to open doctor offices in hundreds of drugstores

Hundreds of Walgreens stores will soon have a doctor office, along with a pharmacist. The pandemic has inspired the drugstore chain to focus on another feature of the expanded health-care offering: Telemedicine.

Walgreens and primary-care company VillageMD struck a deal to open doctor offices in 500 to 700 stores over the next five years. Patients can visit the clinics in person — or they can request a virtual visit around the clock. The two companies are integrating their technology.

Even before the pandemic, Walgreens was experimenting with new business models. For example, it’s testing a small-format pharmacy. It piloted the new primary-care model in the Houston area. VillageMD CEO Tim Barry said use of telehealth surged from single-digits to more than 80% because of the pandemic. He said it’s now about 50%. —Melissa Repko

Total number of confirmed cases in Africa now over 500,000

The continent of Africa has recorded more than 500,000 coronavirus cases, according to data compiled by Africa Centers for Disease Control and Prevention, with nearly 12,000 related deaths.

Across the continent of approximately 1.2 billion people, South Africa has recorded by far the highest number of Covid-19 infections, accounting for over 215,000 cases, while Egypt has confirmed more than 77,000 cases.

The World Health Organization has previously expressed concern that Africa has seen a rising number of coronavirus cases and fatalities as a result of the pandemic. The global health body has since urged governments across the continent to take effective measures to contain the spread of the virus as countries resume commercial flight operations. —Sam Meredith

The U.S. reported about 60,021 new coronavirus cases on Tuesday, an all-time high single-day increase, according to data compiled by Johns Hopkins University.

Daily new cases fell below 50,000 in recent days, though some public health officials have warned there could be a backlog of reporting due to the July Fourth holiday weekend. The U.S. has reported about 51,383 new cases on average over the past seven days, up nearly 24.5% compared with a week ago, according to a CNBC analysis of data collected by Hopkins.

The country is now nearing 3 million cases and has passed 131,000 deaths since the first U.S. case was reported in January. Outbreaks continue to accelerate in a number of states, especially Texas, Florida, California and Arizona, which collectively reported nearly half of all U.S. cases on Tuesday. —Will Feuer

Wed Jul 8 , 2020
Specialist insurer Beazley has announced the launch of an online booking system that will allow brokers to arrange virtual appointments and secure relevant documentation from underwriters. Beazley Booking, built in collaboration with Microsoft and IT consultant Redspire, enables brokers to view underwriter availability, book a meeting time, upload an agenda […] 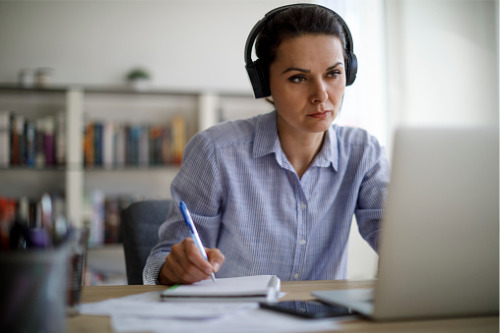