Central bank digital currency (CBDC) from the likes of the Bank of England should be issued to prevent the ‘privatisation’ of money and trust in the monetary system disappearing, according to a new report from research and campaign group Positive Money [1].

The report, titled ‘Money We Trust: Designing Cash’s Digital Counterpart’, explains how a central bank digital currency could be introduced to give policymakers more effective tools to support the economy, particularly during times of crisis such as the coronavirus pandemic, while maintaining financial stability.

A CBDC, as proposed by the report, would be an electronic version of cash accessible to the general population through accounts at the central bank, representing a digital equivalent to public means of payment such as physical notes and coins. Currently notes and coins only make up 3% of the UK’s money supply, with the remaining 97% existing in the form of electronic bank deposits held by commercial banks, the vast majority of which are created ‘out of thin air’ when banks make loans. [2]

As the report explains, public forms of money such as cash currently function as an ‘anchor’ which maintains trust in private bank money and the wider monetary system.

Cash usage in Britain has declined in recent years, with the latest figures from UK Finance showing notes and coins made up only 27.9% of payments in 2018, a decrease of 11.8% from the year before [3]. If this trend continues, the report forecasts that cash will only make up 9% of transactions by 2028.

The decline of cash has accelerated during the COVID-19 pandemic, with usage dropping by around 50% in just a few days before lockdown measures were introduced [4]. If notes and coins continue to disappear, the monetary system could be left without this vital anchor, which could have devastating effects on the economy, especially in times of crisis. The report therefore argues that central banks should issue a CBDC as a digital form of public money to maintain trust in the monetary system.

The world’s major central banks, including the Bank of England, are accelerating research into CBDCs, spurred on by the threat of private digital currencies such as Facebook’s Libra. Positive Money’s report sets out how a CBDC could be designed to overcome the challenges identified by the Bank of England, such as the threat to financial stability. [6] Instead, the report argues that a CBDC could increase financial stability by providing a safe public form of money and breaking the oligopoly that banks currently have on the digital money and payments system, which makes it particularly vulnerable to crises.

A CBDC would also make it easier for the government to undertake ‘helicopter money’ or ‘people’s quantitative easing’, allowing the Bank of England to distribute newly created public money directly to citizens rather than going through financial markets, as is the case with conventional quantitative easing. [5] This would give policymakers a more effective means of combating the coronavirus-induced economic crisis, ensuring that households get access to funds needed to survive during the pandemic and its aftermath.

By offering a public banking option, a CBDC would deprive commercial banks of their monopoly on digital money. As the report explores, this could open the door to numerous ways in which policymakers could ‘discipline’ the banking sector. For instance, increasing the rate of interest paid on a CDBC would force banks to increase the interest they pay in order to attract deposits.

“Money cannot exist without trust and neither can the monetary system.  As a public form of money, cash provides the trusted foundation our whole economy relies on, and its rapid decline, especially in light of the Covid crisis, could lead to the whole system falling down,” says economist and Author of the report, Konstantin Bikas.

“Policymakers must introduce a digital version of cash as soon as possible if we are to avoid the privatisation of money itself. By providing a public means of payment, a central bank digital currency would ensure that such a fundamental part of our daily lives isn’t subject to private interests and their pursuit of profit.

The need for a digital form of public money is heightened in times of crisis like today, as it would open the door for new ways to support the economy. A CBDC would make it much easier to help households through the pandemic directly with ‘QE for people’ or ‘helicopter money’, and would provide a more effective means of combating the looming recession.”

U.S. Treasury says will be hard for public companies to qualify for coronavirus relief loans

Thu Apr 23 , 2020
FILE PHOTO: A sign marks the U.S Treasury Department in Washington, U.S., August 6, 2018. REUTERS/Brian Snyder WASHINGTON (Reuters) – A highly valued public company will have a hard time getting a coronavirus relief loan, the U.S. Treasury said on Thursday, just as Congress was poised to approve a new […] 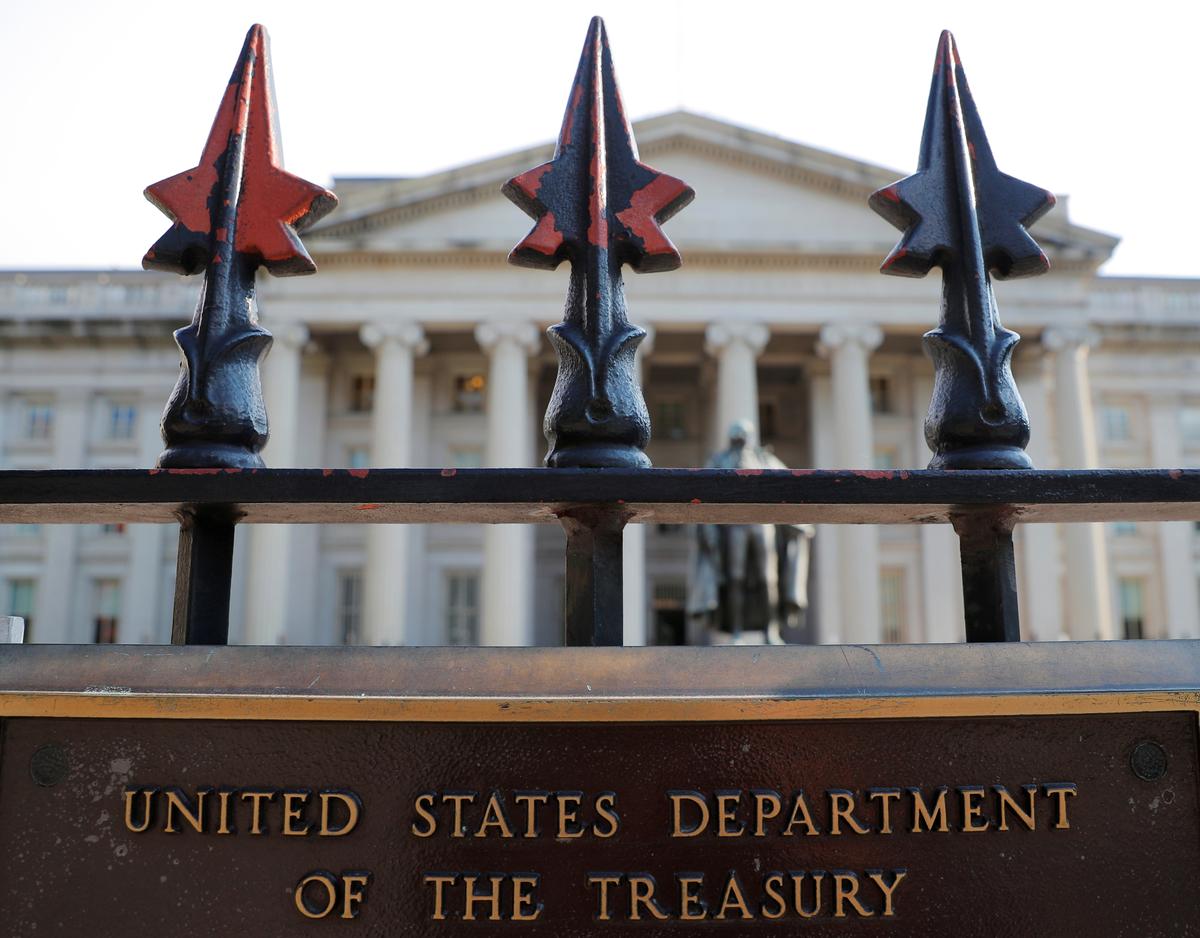