Plans for the much vaunted digital euro have started to take shape this week after the findings from the ECB’s public consultation and signals from Frankfurt that offer some relief to paranoid commercial banks worried about being sidelined by the latest disruptive technology.

With the pandemic accelerating the demise of physical cash, and private-sector crypto and stablecoins invading the space, the pledge last year of a digital euro within five years came before the European Central Bank knew exactly how it would function.

As nearly every central bank working on a digital legal tender is suggesting a different model or system, the debate over design has ranged widely over the past six months – from digital tokens to a direct central bank account or something in between.

But responses from the ECB’s public consultation, released this week, have gone some way to narrowing the options discussed – with the feedback showing a preference for privacy, though not anonymity, and a role for the existing banking system.

Although this was just one survey, and the ECB laced it with caveats about how unrepresentative the sample was of euro zone citizens, it may give some clues to the direction of travel.

Respondents’ heavy stress on privacy and security appears to be coupled with a preference for the digital euro to exist offline, like a token held in smartphones or digital wallets. What’s more, they seem to want it to exist alongside, rather than instead of physical cash and to operate in conjunction with the existing banking system.

That addresses one of the biggest financial stability concerns plaguing plans for digital currencies, already being trialled by the People’s Bank of China and which the US Federal Reserve has called a “high priority project”.

Many fear that if a digital currency is effectively an open-ended deposit account directly with the central bank, then its inherent guarantee will see deposits flee commercial banks, especially in a crisis, and undermine the retail banking system.

To counter that, ECB board member Fabio Panetta has proposed limiting deposits to households only, and to a maximum of €3,000 – effectively penalising holdings in excess of that, and accounts held by companies or investors, with deeply negative interest rates.

Almost half of the ECB survey respondents agreed with either that kind of tiered remuneration or strict limits on digital euros in circulation. But the ECB stressed that those polled had offered no viable solution to the conundrum of how you tier remuneration for offline tokens.

If further surveys suggest such a preference for an offline token that “should be integrated into existing banking and payment solutions”, as the ECB’s readout concludes, then it may be a less disruptive development than many first feared.

Wed Apr 21 , 2021
Ivanti has announced the results of a consumer sentiment study, which revealed that QR code usage continues to rise in popularity, with 57% of respondents claiming to have noticed an increase in QR code usage since mid-March 2020. As the need for touchless transactions increased due to COVID-19, 83% of respondents […] 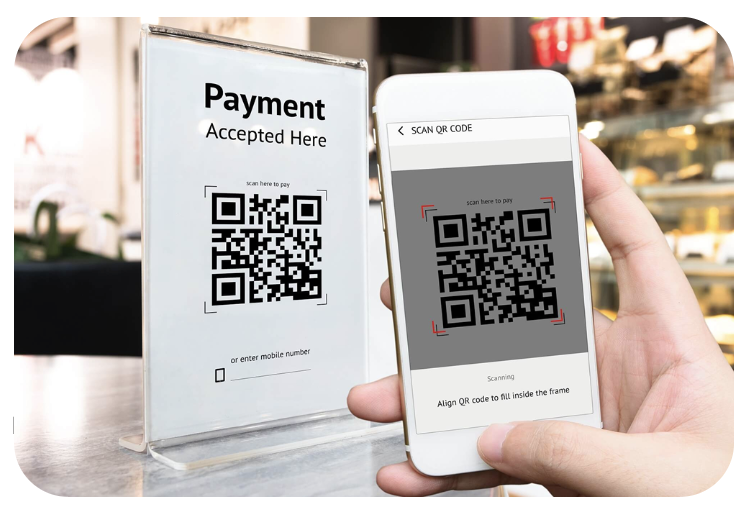