The latest fraud figures released by UK Finance show the scale of the fraud problem in payments is only growing, despite the efforts of the banking and finance industry.

In H1 2021, criminals stole a total of £753.9 million through fraud, an increase of over a quarter (30%) compared to H1 2020. The advanced security systems used by banks prevented a further £736 million from being taken.

Over the previous editions, the UK Finance reports showed the largest fraud losses were due to unauthorised fraud committed using payment cards. However, in H1 2021, criminals focused their activity on authorised push payment (APP) fraud, where the customer is tricked into authorising a payment to an account controlled by a criminal.

Using tactics such as scam phone calls, text messages and emails, as well as fake websites and social media posts, criminals seek to trick people into handing over personal details and passwords. This information is then used to target victims and convince them to authorise payments.

APP fraud losses increased 71% during H1 2021 – surpassing the amount of money stolen through card fraud for the first time. There were significant increases in impersonation scams, as criminals posed as banks, government bodies and even health officials to trick people out of their money.

There has also been an increase in purchase scams, where people make a payment for goods they believe to be genuine but which never materialise. Increasingly we are seeing life-changing sums being lost to such scams.

Investment scams are another area of significant concern, where people are persuaded to transfer or ‘invest’ often substantial sums of money with tales of fictitious dividend payments or high returns, only to lose their investments.

What all these scams have in common is that criminals are using online platforms, including fraudulent advertising through search engines and social media, and fake websites.

The level of fraud in the UK is such that it is now a national security threat. The banking sector cannot solve this on its own – there must be a coordinated approach adopted across every sector if this is to be tackled effectively.

Losses due to unauthorised transactions on cards, cheques and remote banking increased to £398.6 million in the first half of this year, up 7% on the previous year. The number of recorded cases of unauthorised fraudulent transactions rose by 8% to 1.49 million.

There was a fall of 14% in the value of prevented fraud in H1 2021, with banks stopping £736.1 million of attempted unauthorised fraudulent transactions.

This equates to the industry preventing £6.49 in every £10 of attempted fraud. Research indicates that customers are fully refunded in more than 98% of unauthorised fraud cases.

Unauthorised Debit and Credit and Other Payment Card Fraud

This is equivalent to £6.52 in every £10 of attempted card fraud prevented without a loss occurring. Meanwhile losses from counterfeit card fraud were down 52% compared to the same period a year ago, with the lowest total ever reported.

Contactless losses fell 6% to £7.6 million – the second year in a row we have seen a decrease in contactless losses since we began collecting data. This was due in part to the reduced opportunity for fraudsters to take advantage of contactless during the lockdown period of the pandemic.

The value of contactless spending for H1 2021 was £66.5 billion, so losses through contactless remain a tiny proportion of overall transactions.

Thu Sep 23 , 2021
Beazley has announced the appointment of Rachel Turk as group head of strategy. Turk (pictured) will join the company’s executive committee effective immediately. Previously, she held the role of head of corporate development. Turk joined Beazley in 2009 as a D&O underwriter in specialty lines. She became focus group leader […] 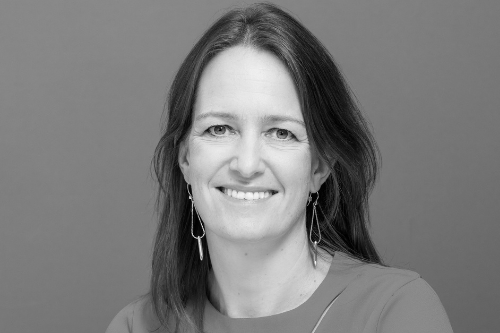